Commentary by Susan Brinkmann, OCDS Staff Journalist When Pope Benedict XVI steps off a plane in his native Germany tomorrow morning, he will be embarking on what many say will be a difficult four-day visit to a land where Catholic teaching is mostly opposed or at least ignored and militant groups are planning large boycotts and protests. 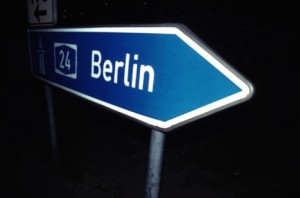 Reuters is reporting that the pope's visit will be different from previous returns to his homeland when he toured mostly Catholic regions of Germany. This time he'll visit the traditionally Protestant cities of Berlin and Erfut where atheism has deep roots after four decades of communism in the former East Germany. In these places, the wave of pride and interest in the German pope after his election in 2005 seems to have faded and he will meet with one "Catholic" head of state after another who is not living the faith and appears to have no intention of doing so anytime in the future. For instance, the Pope will be greeted at 11:15 a.m. on Thursday morning by German President Christian Wulff in front of the president's official residence in Berlin. Wulff, who is divorced and remarried outside the Church, calls himself a practicing Catholic. When Benedict arrives at Berlin's Olympic Stadium later that evening, he will be greeted by Berlin's openly gay mayor, Klaus Wowereit, a Catholic who has been living with his partner for years. Another one of his hosts in Berlin, Bundestag President Norbert Lammert, recently caused problems at the Vatican when he and a few other "reformist" Catholics sent a letter to Germany's bishop complaining about the marriage ban for priests. According to Der Spiegel, Lammert wrote that those who staunchly cling to celibacy "are leading the Church with open eyes into a pastoral emergency." That's not the only problem he'll have with government officials. One hundred parliamentarians have already decided to boycott the pope's address to the Bundestag (lower house of government) on Thursday. Ulla Burchardt, a parliamentarian from the western city of Dortmund, told Der Spiegel: "A head of state who disregards labor rights, women's rights and the right to sexual self-determination should not be allowed to address the Bundestag." The boycott has caused some division within the ranks, however. German Interior Minister Hans-Peter Friedrich, a Protestant, criticized parliamentarians who are refusing to attend, accusing them of "arrogance, narrow-mindedness and provincialism." He told the Tagesspiegel Daily that the pope's address would be an opportunity for politicians to reflect on ethical issues. Wolfgang Thierse, a deputy speaker, and a Catholic, said that he disagreed with Benedict on some issues. "But what does that have to do with parliament?" he asked on German Radio. "Can one speak in parliament only after passing an ideological test?" Meanwhile, homosexual groups are planning a rally of more than 20,000 people in Berlin and paint bombs have already been hurled at the Vatican embassy where the pope will be staying. Even in the more staunchly Catholic southwestern city of Freiburg, a group calling itself "Freiburg Without the Pope" has been printing T-shirts depicting the city's cathedral sheathed in a bright pink condom. But none of this is discouraging the Pope. Organizers of the trip say Benedict is fully aware of the planned protests but is choosing to focus on the 260,000 people who are expected to attend Mass in Berlin and Freiburg. He's also looking forward to an historic ecumenical service to be held with German Lutherans in the very home of the Reformation - the same Erfurt monastery where Martin Luther was once a monk before breaking away from the Church in the 16th century. In a weekend address on German television ahead of his visit, Benedict told viewers he was especially excited to visit Berlin and speak to the German parliament. "All of this is not religious tourism, even less a show," he said. "It is about bringing God back into our field of view." Let us keep our brave Holy Father - and the German people - in our prayers in a special way during these next four days. © All Rights Reserved, Living His Life Abundantly®/Women of Grace®  http://www.womenofgrace.com