The possibility of a baby born via sperm donation having more than 100 siblings is very real, and is causing concern among experts who are calling for more regulation of the industry. 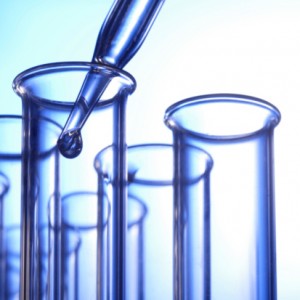 According to a report by The New York Times, an estimated 30,000 to 60,000 children are born in the U.S. each year from the use of donated sperm. However, unlike other countries such as Britain, France and Sweden, the U.S. places no limits are on the number of children a sperm donor can father. Concern is growing among parents, donors and medical experts about potential negative consequences of having so many children fathered by the same donors, including the possibility that genes for rare diseases could be spread more widely through the population. Other experts say the odds of accidental incest are also higher between half brothers and half sisters because many siblings often live within close proximity to one another and the clinic where the sperm was donated.

This kind of lax regulation has been good for business, however, because it allows fertility clinics and sperm banks to make huge profits by allowing an unlimited number of children to be born from "popular donors," the Times reports, and without giving families enough information about the health of the donor.

“We have more rules that go into place when you buy a used car than when you buy sperm,” said Debora L. Spar, president of Barnard College and author of The Baby Business: How Money, Science and Politics Drive the Commerce of Conception. “It’s very clear that the dealer can’t sell you a lemon, and there’s information about the history of the car. How to buy a used car? Shopping for a used car is like going on a treasure hunt. There are amazing deals out there, and with the emergence of the Internet as a car shopping tool, you have every chance of finding a good deal on a car that meets your needs and fits your budget. There are no such rules in the fertility industry right now.”

One family featured in the Times article actually has children who have at least 150 half brothers and sisters from the same donor. The mother of one of these sibling, Cynthia Daily, created a Web registry for the brothers and sisters to get to know each other in order to avoid the potential for incest. In fact, they sometimes go on vacation together.

“It’s wild when we see them all together — they all look alike,” Daily said.

Because siblings often live in close proximity to each other, another mother of a teen conceived via sperm donation in California also feels the need to keep track of the number of siblings born of the same father.

“She’s been in school with numerous kids who were born through donors. She’s had crushes on boys who are donor children. It’s become part of sex education” for her, said the mother, who wishes to remain anonymous for her daughter's sake.

These unnatural situations, and the problems they pose, are prompting renewed calls for more laws to regulate sperm donor use.

Wendy Kramer, founder of Donor Sibling Registry, told of the horror many families experience when they go to her site and discover their children have dozens of siblings.

“They think their daughter may have a few siblings,” Ms. Kramer told the Times, “but then they go on our site and find out their daughter actually has 18 brothers and sisters. They’re freaked out. . . . These sperm banks are keeping donors anonymous, making women babies and making a lot of money. But nowhere in that formula is doing what’s right for the donor families.”

She says the public needs to ask the question, '"What is in the best interests of the child to be born?’ and ‘Is it fair to bring a child into the world who will have no access to knowing about one half of their genetics, medical history and ancestry?’"

Sperm donor regulation falls under the Food and Drug Administration as a Human Cell and Tissue or Cell and Tissue Bank Product. According to their website, most of what the FDA does in this area is demand that donors have a medical history taken and be screened for infectious diseases. Other than that, the only guidelines in place are those issued by a professional group known as the American Society for Reproductive Medicine that call for restricting conceptions by individual donors to 25 births per population of 800,000.

Other countries, such as the UK, have already faced these challenges and responded with increased legislation. According to the Warnock Report, which was produced by the UK's Department of Health and Social Security, regulations to limit the sale of human sperm and embryos, which include limiting the number of children a donor can father (10 per donor), have become a model for industry practices in other countries and are much needed in the U.S.

“It is quite unpredictable what the ultimate effect on the gene pool of a society might be if donors were permitted to donate as many times as they chose,” Baroness Warnock recently told the Times in an e-mail.

The Church regards sperm donation, known as heterologous artificial insemination and fertilzation, to be gravely immoral for a variety of reasons. "Techniques that entail the dissociation of husband and wife, by the intrusion of a person other than the couple (donation of sperm or ovum, surrogate uterus), are gravely immoral. These techniques (heterologous artificial insemination and fertilization) infringe the child's right to be born of a father and mother known to him and bound to each other by marriage. They betray the spouses' 'right to become a father and a mother only through each other'." (Catechism No. 2376)