BA writes: "A friend of mine is training to be a gestalt therapist . Can you clarify if this is new age and if so, why?" 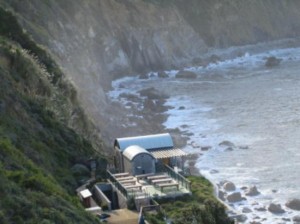 Gestalt therapy, at least the kind that survives today, is very much associated with the New Age. A more serious version of gestalt therapy has been replaced with cognitive behavioral therapy which I'll explain later on in this post. For those of you who are unfamiliar with gestalt, this therapy is a form of psychotherapy based on the experiential ideal of the "here and now," and relationships with others and the world. According to Gestalt Therapy: A Guide to Contemporary Practice by P. Brownell, it focuses on process (what is actually happening) as well as on content (what is being talked about). The emphasis is on what is being done, thought, and felt at the present moment (the phenomenality of both client and therapist), rather than on what was, might be, could be, or should have been. The purported aim of Gestalt therapy, which includes dreamwork, is to help clients achieve wholeness. This therapy was co-founded by Fritz Perls, Laura Perls and Paul Goodman in the 1940s-1950s and was forged from various influences upon their lives at the time such as Eastern religions, the new physics and the prevailing psychoanalysis. Fritz Perls, a native of Berlin, was a medical doctor who served during World War I and eventually gravitated toward psychoanalysis. He fled the Hitler regime in the 1930s with Laura and their two children and eventually settled in South Africa where he opened a psychoanalytic training institute. He joined the South African army, serving as a psychiatrist until 1946 and it was during this time that he wrote his first book, Ego, Hunger, and Aggression. The couple left South Africa in 1946 and eventually settled in Manhattan where he wrote his second book, Gestalt Therapy, with the assistance of Paul Goodman, a New York intellectual, writer and professed anarchist. Soon thereafter, the Perls started the first Gestalt Institute in their Manhattan apartment and began training practitioners. In 1960, Fritz moved to Los Angeles (without Laura) where he began to offer workshops at the New Age hub known as the Esalen Institute in Big Sur, California (see photo above). It was during this period of his life that he became interested in Zen and began incorporating the idea of mini-satori (a Zen Buddhist term which refers to a flash of sudden awareness) into the practice. He eventually built a house at Esalen and lived there until 1969 when he moved to Canada to start a Gestalt community on Vancouver Island. He died of heart failure a year later. When Perls left New York and took up residence at Esalen, a split occurred in Gestalt Therapy between those who saw it as a therapeutic approach similar to psychoanalysis and those who viewed it through the more New Age lens of Perls who saw it as a way of life. This schism resulted in "East Coast Gestalt" as opposed to Perls' "West Coast Gestalt" variety. The split continues to this day, with the West Coast Gestalt still flourishing while the East Coast variety has since been replaced by Cognitive Behavioral Therapy. Another version, known as Gestalt Practice, combines Gestalt methods with meditation practices into a unified program of human development. It was developed by Dick Price, a veteran of the 1960's Beat Generation and co-founder of Esalen. A student of Perls', Price's version is still being practiced today and Esalen continues to offer it in workshops.