by Susan Brinkmann, OCDS Staff Journalist The Department of Health and Human Services (HHS) is expected to announce today its decision to require all health insurance plans to cover birth control and sterilization for women, with little more than what are some are calling a toothless exemption for religious institutions. 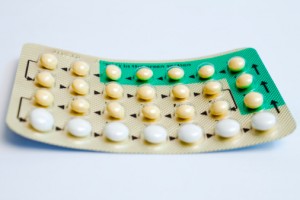 The Associated Press is reporting that the decision comes on the heels of a recommendation by the Institute of Medicine (IOM) which was charged by the HHS with recommending what preventive services should be covered without co-pays for patients in health plans under the Affordable Care Act. The IOM recommended that all FDA-approved birth control be covered, which includes pills and devices such as IUD's. Abortifacient drugs, such as the morning after pill and Ella, are also included on the list.  The inclusion of birth control on a list of "preventive care" sparked controversy in many quarters, including the Catholic Church. Cardinal Daniel DiNardo, chairman of the U.S. Bishop's Committee on Pro-Life Activities said in a letter to HHS Secretary Kathleen Sebelius that "pregnancy is not a disease, and fertility is not a pathological condition to be suppressed by any means possible." Pro-family groups such as The Family Research Council agree and see the decision as undermining the conscience rights of many Americans. They believe mandating this kind of coverage forces people to participate who have moral or religious convictions that oppose contraception use. In response to these criticisms, the Obama Administration tacked on an amendment to the new regulation that will allow institutions offering health insurance to their employees the choice of whether or not to cover contraception services. Anna Franzonello, staff counsel with Americans United for Life, told Politico that although her organization would be "encouraged" by the inclusion of a conscience exemption, it would not go far enough. "The Obama administration has repeatedly demonstrated that its idea of conscience is narrow and protections are shallow or meaningless," she said. Abortion-inducing drugs such as emergency contraception, "should not be normative for preventive care" regardless of whether plans can decline coverage under a conscience clause. In most cases, the benefits will not kick in until January 1, 2013, with some coverage beginning as early as January, 2012. Insurers are expected to pass on the cost of this coverage to their customers by raising premiums. © All Rights Reserved, Living His Life Abundantly®/Women of Grace®  http://www.womenofgrace.com