EG writes: "I am willing to accept that the 12 step programs are new age with the "God as you understand him" placed in the steps. My husband got over an addiction to alcohol  in 1981 through Alcoholic Anonymous and remained sober till his death in 1998. I joined Al-anon before he joined AA. We did not stay active in the Program as it is called but we would drop in once in a while. We were active in our Catholic Convent Community, but it seemed like it really helped us to be dependent on the Lord instead of ourselves. I read "Jesus Christ Bearer of the Water of Life", and wondered why the twelve step programs were included. I heard on EWTN's Life on the Rock that they use the twelve step program for Courage the program to help those suffering from same-sex Attraction. 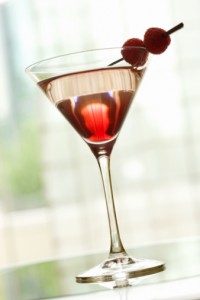 EG continues: "One of the things I have noticed is that the program members are getting involved in the "Course in Miracles", and I know of members who are starting Self Help Seminar programs that are using some AA materials but without "that god stuff". Could I get some clarification on this as I find it confusing."  A lot of controversy surrounds 12 step program such as Alcoholics Anonymous (AA) because of it's emphasis on an unnamed "higher power," which leaves the door wide open to New Agers who have turned this ambiguousness into an "invent-a-god" concept that is a perfect fit for their esoteric ideology. But this is a very complex subject and I won't attempt to cover it all in a blog. However, I can point you to this very thoroughly written article, entitled "Catholicity of 12 Step Programs" which appeared in the October, 1996 issue of This Rock.  Essentially, Alcoholics Anonymous (AA) and dozens of other 12-step self-help programs are modeled on an early twentieth century movement known as the Oxford Group (not the Oxford Movement). It was founded on a belief in the necessity of personal conversion, a transforming spiritual experience, and restitution. Alcoholics used this movement, which sought to practice "original Christianity," to become sober. After just a few years, they broke away from the Oxford Group to focus more on helping alcoholics recover. According to the writer of this article appearing in an October 1996 issue of This Rock,  the two co-founders of the original AA, Bill Wilson and Dr. Bob Smith, retained much of the vision of the Oxford Group and were heavily influenced by Catholic theology. The original AA is fundamentally theistic which poses a problem for New Agers who believe in self liberation of the "god within" through either esoteric knowledge, one's own power - or both. They also don't believe in sin, only in one's ignorance of their own divinity. Where AA speaks of growing in the image and likeness of God, New Agers are more interested in becoming God. But New Agers in the burgeoning recovery and self-help group movement have managed to refashion these programs into something that better fits their ideology. As you state in your e-mail, some members are drifting into A Course in Miracles, which is a program designed to reorient a person from a Judeo-Christian to a New Age worldview, while others are becoming involved in spin-offs that are stripped of any biblical understanding of God.   This is why "twelve-step programs and self-help groups" are listed in the Pontifical document, Jesus Christ, the Bearer of the Water of Life, as being connected to the New Age: "Advertising connected with New Age covers a wide range of practices as acupuncture, biofeedback, chiropractic, kinesiology, homeopathy, iridology, massage and various kinds of 'bodywork' (such as orgonomy, Feldenkrais, reflexology, Rolfing, polarity massage, therapeutic touch etc.), meditation and visualization, nutritional therapies, psychic healing, various kinds of herbal medicine, healing by crystals, metals, music or colors, reincarnation therapies and, finally, twelve-step programmes and self-help groups. The source of healing is said to be within ourselves, something we reach when we are in touch with our inner energy or cosmic energy." The darker side of these programs is documented in a book by Martin and Deidre Bobgan entitled, 12 Steps To Destruction, in which they describe how many 12 step programs have become, in essence, New Age religions. This happens because they have learned to adapt the vague concept of a "higher power" into the concept of a kind of universal god that will appeal to all and eventually open the door to one-world religion. “When one configures his own image of god and places himself under that power, he is essentially his own god, because he finds that god within himself and within his own experience,” they write. Even though these programs have worked wonders in many lives, the infiltration of the New Age into this area of self-help makes it necessary to scrutinize individual programs and their facilitators for any influences that are not compatible with Christianity.