Commentary by Susan Brinkmann, OCDS Staff Journalist With no mention of any of the thousands of success stories attributable to modern natural family planning (NFP) methods, The New York Times has published a 1,000 word diatribe against the practice based solely on the story of one couple who ended up divorced after having more children than they wanted. 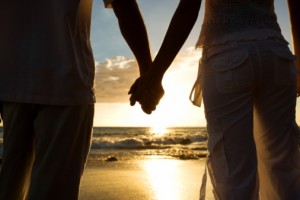 The article, entitled "An Evolving View of Natural Family Planning" was written by Mark Oppenheimer and appeared in the July 8 issue. It features the story of an evangelical Christian named Bethany and her husband Sam Torode. The two wrote a book in favor of NFP entitled, Open Embrace: A Protestant Couple Rethinks Contraception, but apparently failed in its practice and are now divorced. The way Oppenheimer presents the story, the couple's bad experience also caused them to leave their Christian beliefs behind to become members of more liberal Protestant denominations that allow birth control and the ordination of women and practicing homosexuals. However, the one thing missing from Oppenheimer's story are facts - such as what method the Torodes used and whether or not they practiced it properly.  Apparently, they didn't because they had four children in six years, two of which Bethany admits were unplanned. “I got pregnant nursing twice,” she told the Times. “So my first two kids are 15 months apart, then there is a three-year break, then the younger two are a year and a half apart. That was intense. Beyond hormonally intense, it was relationally intense. It was nothing I would ever want anyone else to have to experience.” As the published statistics show, this doesn't happen when couples practice NFP properly, but the idea of abstaining during a wife's fertile time, which is fundamental to natural methods, was presented in the not-so-favorable light we have come to expect from the mainstream media. In fact, the Torodes played right into this bias by publishing a statement on their blog in 2006 about how abstaining was a "theological attack on women" and puts an "unfair burden of guilt" on men. “Wanting to make love to your spouse often is a good thing, but NFP often lays an unfair burden of guilt on men for feeling this,” the Torodes wrote.  And it is “a theological attack on women to always require that abstinence during the time of the wife’s peak sexual desire (ovulation) for the entire duration of her fertile life, except for the handful of times when she conceives.” Oppenheimer was only too happy to reprint the statement in this one-sided article, even though it reveals to the astute reader exactly why the Torodes failed in their use of NFP. The Times was also quite eager to report how the Torodes went from believing sex was “a joyous song of praise to the Creator” to now thinking agnosticism was healthy. “Where I’m at now, it’s confusing,” Bethany said about her new church, the Presbyterian Church USA, which is the most liberal branch of that denomination. “One day I am like, ‘Sure, God exists and loves all of us,’ and the next day I am like, ‘No, I don’t think so.’ I think that’s healthy. Agnosticism is a healthy part of any good faith." Her husband also strayed from the faith and is now a member of an Episcopal church with a female priest. He has since published a book entitled, The Dirty Parts of the Bible. No matter what the subject, you can find extremes to support a particular point of view, and the Torodes are certainly on the fringe. Had Oppenheimer wanted to write something intelligent about the subject, rather than a thinly veiled attack on the concept of NFP and Christianity, he might have included some real facts about NFP, such as how numerous studies have found the methods to be anywhere from 99 to 100 percent effective. Not even the pill is that good (93 percent) because women commonly forget to take them. The condom, which is notorious for improper usage, has at least a 15 percent failure rate. He also doesn't mention statistics that show the divorce rate for couples using NFP is 3 percent compared to a rate of 50 percent for couples who use contraception. All of these facts are published and readily available to any reporter who wants to present a well-rounded factural story rather than opinion - which happens to be their job, by the way.    But Oppenheimer definitely knows what he's doing. By not listing what method the Torodes used - such as the Sympto-Thermo method, the Ovulation Method, the Creighton Method, etc.  - he can make them all bad. And by highlighting the link between NFP and Christianity, he can use the Torodes failure to diss the faith as well. This article is not only shoddy journalism, it's an affront to the intelligence of the reading public. © All Rights Reserved, Living His Life Abundantly®/Women of Grace®  http://www.womenofgrace.com