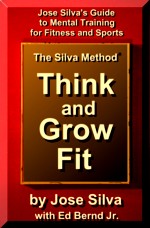 Silva Mind Control – now known as the Silva Method – incorporates a variety of occult practices such as clairvoyance and the development of psychic abilities, the use of spirit guides, visualization and guided imagery, as well as very New Age mind control techniques. The best document you can use for proving that the Silva Mind Control methods are not supported by Catholic teaching are the Catechism and the Pontifical Document, “Jesus Christ, the Bearer of the Water of Life.” (I'll explain all this as I go along.) For those who don’t know, Silva Mind Control is a method invented by Jose Silva, an electronic repairman with no formal education who became interested in psychology and parapsychology after undergoing a psychiatric evaluation when he was drafted into the army in 1944. He began to read anything he could find on the subject and began his career by trying to raise the IQ of his children through hypnosis. While working with his ten year-old daughter Isabel, he noticed she was able to answer questions before he asked them and realized his methods were teaching her how to become clairvoyant. Silva spent the next 10 years teaching friends and family to function as clairvoyants and eventually perfected his technique into what is now known as the Silva Method. In short, Jose believed brain-wave frequency could be slowed enough to allow subjects to maintain a prolonged alpha state, which is associated with dream-like levels of consciousness, subjective sense and intuition. When slowed to the alpha range, both hemispheres of the brain are said to be at work rather than just the left side which is where the predominate number of humans function. Silva claims that only 10 percent of humanity thinks with the right brain hemisphere and these 10 percent are the world’s geniuses.  He believes that he developed a method that teaches people to use both sides of their brain which results in increasing their IQ, giving them clairvoyant abilities and developing other intuitive processes. (These claims have no credible scientific backing.) Silva claims that anyone who takes his 48 hour course will develop psychic powers, will learn how to enter an altered state of consciousness and in that state be allowed to tap into a higher intelligence in the universe (known as “Christ consciousness”). After completing the course, the person will be able to function psychically and clairvoyantly, and be taught how to invite “counselors” or “psychic guides” into the mind to help them with problems. (See No. 2.2.1 in the document, Jesus Christ the Bearer of the Water of Life for an explanation about spirit guides such as these.) By the third day of the course, he claims students will be able to perform psychically enough so that they will be able to project their awareness outside their bodies (have out-of-body experiences). Their minds will be able to tap any source in the universe for the information they seek, including the minds of other men, either alive or dead. Silva even goes as far as stating that Jesus was sent to earth to teach mankind the Silva Mind Control method. This link will take you to an on-line video of an appearance Silva made on The John Ankerberg Show where he defends these claims: http://crystalmind.com/newsdesk/1-15-silva-mind-control-vs-christianity/ How anyone could even argue that Silva Mind Control is compatible with Christianity is beyond me.    A Silva Method question and answer on-line forum claims that Silva was a lifelong Catholic who actually taught his Method in his own parish even though “Church officials still disagreed with some of Mr. Silva's personal beliefs - beliefs that were based on his scientific research.” (http://answers.silvasupport.com/en/title.php?titleid=88 )

The fact that many nuns and priests are involved in the course should not be misconstrued as giving it legitimacy. Many nuns and priests are involved in movements that are forbidden by the Church, such as homosexuality, married priests, women priests, etc. The only thing this reveals is how much we need to pray for them.  For an explanation of Church teaching regarding the various occult techniques Silva employs, see Nos. 2115-2118 in the Catechism. It should also be understood that the use of information gleaned through occult means such as spirit guides or what Silva refers to as “psychic guides” is considered to be a sin of idolatry and/or sorcery. (See the Catechism No. 2112 and No. 2117). Other huge problems associated with Silva’s Mind Control teaching is his assertion that Jesus Christ was an “enlightened man” who used “mind over matter” techniques like the Silva Method when performing His miracles. (He offers no evidence for these claims.) In the Bible, we’re told that Jesus performed His miracles by the power of His Father.  "Don't you believe that I am in the Father and that the Father is in me? The words I say to you are not just my own. Rather, it is the Father living in me who is doing his work. Believe me when I say that I am in the Father and the Father is in me; or at least believe on the evidence of the miracles themselves." (John 14: 10-14) Other problematic teachings for Christians concern sin, which Silva explains away as ignorance or failing to think properly. Silva’s course also emphasizes the self and “looking inward” in order to teach one how to better "use the untapped power of the mind to accomplish whatever you desire” and to work toward the betterment of humanity. The idea that the “mind is god” and that we can accomplish anything just by thinking a certain way is rooted in the New Thought movement of the late 19th century (now Christian Science) and is one of the foundations for the New Age human potential movement, which essentially teaches that a person can learn how to find – and untap – their “divinity within.” As we read in the Pontifical document, “The Human Potential Movement is the clearest example of the conviction that humans are divine, or contain a divine spark within themselves” which is hardly a Christian concept.  (See Sec. 2.3.2 in Jesus Christ, the Bearer of the Water of Life for a discussion on the human potential movement.) Silva has been around for over forty years and claims to have instructed millions in 107 countries who use it for everything from managing their businesses to improving their backhand. A weekend seminar runs about $350 dollars. I could go on and on but I think you get the idea that Silva Mind Control can never be compatible with Christianity - no matter how cleverly one tries to spin it! Send your New Age question to newage@womenofgrace.com.