AT writes: "There is something that is bothering me and I hope you have an answer for me. I went to your blog and was surprised by the number of TV personalities that believe in these new age practices.  The name Dr. Daniel Amen jumped out at me. About 5 years ago I went to a Christian counselor who is a follower of Dr. Daniel Amen.  She suggested a therapy to me called EMDR (eye movement desensitization restoration). I did have one EMDR session.  Is this therapy connected to Dr. Amen? If so, is it considered a New Age practice? 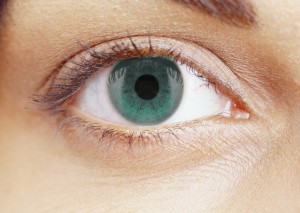 What concerns me most about this e-mail is the reference to a Christian counselor who is a "follower" of Dr. Daniel Amen. I wonder if this counselor realizes that Dr. Amen promotes a non-Christian form of meditation known as Kirtan Kriya, which is 12 minute meditation exercise involving chanting that has its origins in Kundalini yoga. This counselor might also be interested in knowing that Dr. Amen teamed up with tantric sex expert T. J. Bartel to produce a six CD series called "Create More Passion Tonight." Tantric sex is taught in Buddhism and Hinduism and involves the use of Hindu mysticism during sexual intercourse. Tantra is the name of ancient Hindu sacred texts that contain certain rituals and secrets, some dealing with the taking of "energies" brought forth in meditation through the chakras and combining them with love-making to enhance the sexual experience. This practice is incompatible with Christianity on a number of levels, from the meaning of human sexuality to these so-called "energies."  But Dr. Amen is apparently a firm believer and expresses his feelings about tantric in his book, Change Your Brain, Change Your Body: "In my book, The Brain in Love, I wrote about Tantric sexual practices, and was fascinated by the concept… I wanted to experience it for myself and thought it would be a wonderful way to enhance my relationship with my wife, Tana… T.J. Bartel… became our teacher… I felt as if I had to share his knowledge with everyone I knew.” (p. 283) Dr. Daniel G. Amen, MD, is a child and adult psychiatrist, author and medical director of the Amen Clinic recently made headlines when he teamed up with the very New Age Dr. Oz to conduct a 52-week fitness program for Rick Warren's Saddleback Church. But Dr. Amen has also raised eyebrows in the medical community. He employs a highly controversial technique known as a single photon emission computed tomography - or SPECT scan - to help diagnose and manage cases of brain trauma, underachievement, school failure, depression, obsessive compulsive disorders, anxiety, aggressiveness, cognitive decline, and brain toxicity from drugs or alcohol. He claims to use SPECT to "re-balance a brain whose activity patterns are clearly abnormal.” He describes SPECT as a "window into the hardware of the soul." A SPECT scan requires the injection of a radioactive material that results in a colored picture representing blood flow or chemical reactions in different areas of the brain. These scans costs thousands of dollars even though they are unproven. In fact, the American Psychiatric Association has spoken out against SPECT scanning and has warned of potential harm – especially to children, who are more susceptible to the effects of radiation. As for EMDR, the only connection Dr. Amen has with this is that it is a part of his practice. In a blog I wrote last year about hypnosis and EMDR, Suzanne Baars, M.A., (http://suzannebaars.com/) a well-known counselor, marriage and family therapist and chemical dependency therapist explained EMDR as “a technique discovered by Francine Shapiro some years ago.  She noticed that, as people recounted trauma, if their eyes moved in a particular way, it appeared that they did not experience the trauma as strongly anymore, and that it would eventually disappear as the person utilized this technique over time.  I’m not trained in it, but I’ve heard it is very helpful in treating PTSD [post traumatic stress disorder] and therefore also anxiety disorders.” EMDR is not New Age, but you should be aware that many of its practitioners are, and some scientific journals have published articles showing a link between EMDR and mesmerism. Mesmerism was developed in the 18th century by Franz Anton Mesmer (now known as the father of hypnosis) and was based on the concept that a subtle, undetectable fluid pervaded nature. He dubbed this fluid "animal magnetism" and believed disorders were caused when this fluid within a person became blocked. Practitioners would identify areas where this energy appeared to be blocked and would either tap on those regions or massage them until an "energy balance" was restored. It's important to note that studies of EMDR remain controversial and its scientific validity is considered to be questionable. One of the main reasons for this is because there is no data to explain how EMDR works. Dr. Shapiro theorizes that EMDR works through an accelerated information processing system.  Other experts believe EMDR may work by causing a reflex that somehow inhibits the "flight or flight" stress response., or that it works by distraction or by mimicking REM sleep. Shapiro claims to have discovered  it  while walking one day and  noticing that  rapid back-and-forth eye movements reduced her own anxiety. Shapiro, a psychologist, began applying this procedure to her own clients with anxiety disorders. In a clinical setting, a person being treated with EMDR will be asked to recall a traumatic memory, and to focus on the feelings it inspired while letting the eyes follow the therapists fingers as they move rapidly back and forth across a span of about 12 inches. In some cases, instead of eye movement, the therapist may ask you to tap alternate hands on a chair, or may use alternating sounds in the ear. Gradually, the therapist helps a person to focus on positive rather than negative thoughts related to the traumatic memory to eventually alleviate its stressful effect. Thus far, the science supporting EMDR has been a mixed bag. For instance, a 2001 meta-analysis of 34 studies found that while EMDR treatment did appear to have a significant effect on various populations being treated for various conditions, no effect was found from eye movements themselves, when EMDR was compared to the same procedure without them. So exactly which aspects of EMDR are helpful remain unclear. Further research is needed. Send your New Age questions to newage@womenofgrace.com