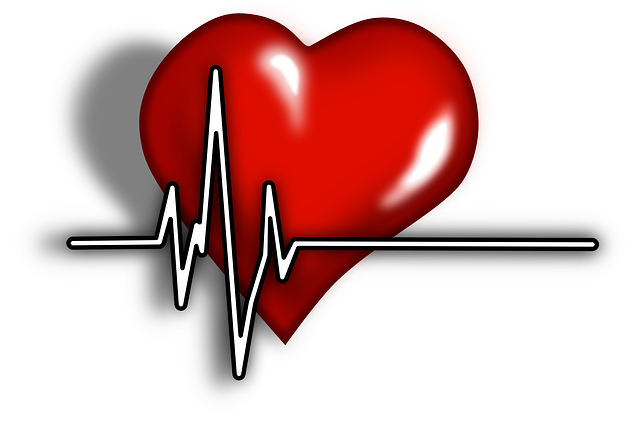 NOTE: This blog was reviewed and updated in June, 2020

MH writes: "HeartMath is a program widely used by some cardiologists and other health professionals as well as the field of education. It uses heart rate variability and scientific research about heartmath talks about the neurocardiology aspect of the heart in healing stress. What do you think?"

I became suspicious of this program the minute I read the mission statement of the Institute of HeartMath:

"The mission of the Institute of HeartMath is to help establish heart-based living and global coherence by inspiring people to connect with the intelligence and guidance of their own hearts." The mission statement it lists on the website of its parent organization, Quantum Intech, is even more suspect: "The HeartMath Mission is: to facilitate a fundamental shift in health, well-being and consciousness." That's about as New Agey as it gets.

The founder of HeartMath is Doc Childre - who is not a doctor. He is in the business of developing technologies that will enable them to "self-regulate" their emotions and behaviors. The theory behind his Heart Math System is based on the idea that the heart is at the center of the human experience and has powers beyond what can be measured with existing technology. He founded The Institute of HeartMath (IHM) in 1991 and the HeartMath System, and is considered to be a global authority on reducing stress, building resilience and optimizing personal effectiveness.

HeartMath correctly purports that the heart and the brain interact, something that science has already established. For instance, we know that stressors such as anger, frustration, anxiety give rise to irregular heart rhythm patterns. These patterns send corresponding neural signals to the brain that inhibit higher cognitive function - which explains why we can't seem to think straight when we're under stress. Positive emotions send a very different signal throughout our body and produce a heart rhythm pattern that looks like a smooth wave. This is what the company calls a "coherent heart rhythm pattern" and claims that this occurs when the heart and mind are in sync. This coherence helps us to feel good and allows our body systems to operate with increased efficiency and harmony.

However, this is where HeartMath seems to go off the tracks. They claim this coherence is not just personal, but global. "Global coherence refers to the mental, physical, emotional and spiritual well-being of the greater community of human beings, while acting in concert with their own hearts, each other and nation to nation in harmony with our living planet."

In order to achieve this coherence, they recommend a product called the emWave Personal Stress Reliever ($199) which is sort of like a mini-biofeedback machine. It allegedly tells a person when their HRV (heart rate variability) achieves "coherence."  A person can use various relaxation techniques to achieve this coherence, which the HeartMath people say will help improve mental abilities, performance, mental acuity, as well as help a person "get in touch with your heart."

The small hand-held device uses a thumb sensor or an ear clip to measure your HRV. LED lights then direct you to breath in and out and as you do this, one of the lights will gradually turn from red to blue to green - with green being the optimal state of "coherence." Included with the device is a "Coherence Coach" software kit for the PC which offers other breathing tips by using various animations and New Age music.

One former employee, who appears to have left on good terms and speaks highly of the company, admitted: "The problem I see with this product is that there’s no scientific consensus that ‘coherence’ does anything useful or that achieving it through this product has any beneficial effect at all. In my experience those who used the product and claimed success fell well within the realm of the placebo effect."

He goes on to make a few other disturbing statements that bear repeating:

The people in the company are not charlatans, but truly believe in what they're doing, he writes. The problem is that "during my time with them it didn't appear that critical thinking is a core component of their philosophy and the science isn't exactly something worth staking your life on."

For instance, he attended a demonstration by the Institute's director of research who described the research he was doing into how the heart regulates mental health and overall well-being in ways science does not currently understand. But he "started to feel uncomfortable" when the scientists showed them data that suggested the heart was capable of pre-cognition (knowledge of the future).

A lot of the research listed on the HeartMath site has to do with established science, and many of their articles have been published in peer-reviewed journals, which explains why some doctors and educators may be involved on some level. But I found nothing that supports its paranormal claims about the heart having an intelligence of its own or anything about the concept of "psychophysiological coherence".

This article, written by Yale neurologist Steven Novella, MD, explains why HeartMath is is nothing more than "mythology and storytelling – a tale woven from intertwining threads of pre-scientific superstition and some modern jargon and concepts."

While there might be some serious research going on at HeartMath, it's definitely mixed in with questionable concepts. The basic premise and mission seems to be altruistic and positive in that they want people to be emotionally in touch, happy, and content, but the science behind their products is definitely suspect.