By Susan Brinkmann, OCDS Staff Journalist The ongoing nuclear power plant crisis in Japan has prompted a Vatican official to warn that even though nuclear power is an immense resource, its risks must not be overlooked. 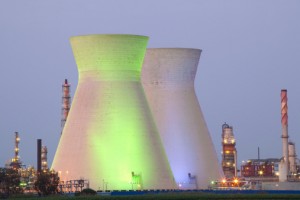 "Nuclear energy is an immense natural resource that man tries to use in his service, but if it gets out of control it rebels against him," said Vatican spokesman Fr. Federico Lombardi, during an episode on the Vatican's Octava Dies television show. "And no one knows better than the Japanese what the effects are of energy unleashed from the heart of man rebelling against him," Fr. Lombardi said, referring to the bombing of Hiroshima and Nagasaki at the end of World War II. "The security of the plants and the safeguarding of radioactive material can never be absolute," he warned. "It is right and obligatory to return to reflect on the correct use of technological power, on its risks, on its human price. The Pope recommends this often." Japan has been battling for 12 days to prevent a meltdown at the Fukushima Nuclear Power plant where six nuclear reactors suffered substantial damage during the 9.0 earthquake and ensuing tsunami that struck the nation on March 11.  Electricity and back-up power systems to the reactors were cut off and damaged, leading to overheating fuel rods and explosions that spewed radiation into the atmosphere. Above-normal amounts of radiation have also been found in food supplies and water in the area and caused 200,000 people to be evacuated. The death toll currently stands at 9,079 with 12,782 people still missing, and more than a half million left homeless in the catastrophe that struck mostly along the northeast coastline of Japan. Fr. Lombardi called the aftermath of the quake a "sea of suffering and sorrow that calls on our compassion, our solidarity, our prayer." But there is also a lesson to be learned in all this. "The Japanese have shown that they have learned how to anticipate with foresight the dangers of earthquakes in an admirable way, constructing buildings capable of resisting the strongest quakes," he said. "And nevertheless on this occasion Japan's technological progress has manifested a weak point, that was, in a certain sense, unexpected." He also acknowledged the brave workers, known worldwide as the "Fukushima 50" who have been risking their lives to tend to the stricken plant in an attempt to avert a total meltdown. Solidarity and "love for others, even at the price of one's life, is the true light in the darkness of tragedy," he said. "It indicates the direction to seek. It is the same direction as Jesus' path to Easter." © All Rights Reserved, Living His Life Abundantly®/Women of Grace®  http://www.womenofgrace.com