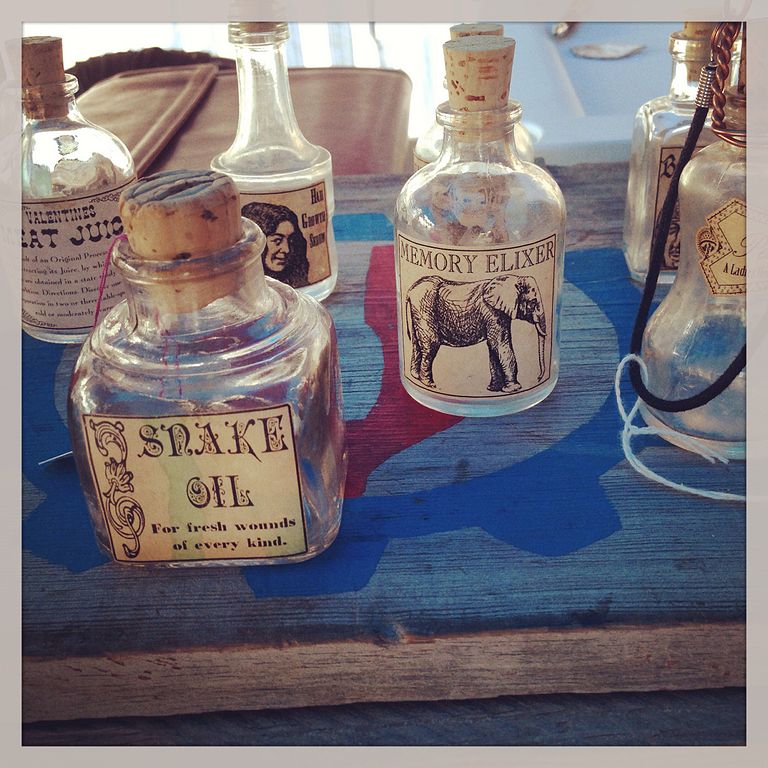 People write to us all the time with questions about the various energy medicine techniques – from Reiki to tai chi and everything in between – so I decided to write a general overview of energy medicine that can provide additional details for those who wish to learn more.

In many ways, energy medicine is the new “snake oil.” Instead of being a bottle of every day mineral oil with a “Snake Oil – Cures All!” label, these practices like to use scientific language such as “bioenergetic” and “Quantum” to describe what is essentially a form of energy that has never been scientifically proven to exist. In a way, the original snake oil at least offered the consumer something – mineral oil. In the case of energy medicine, it offers the consumer thin air.

It’s important to understand there is no such thing as the “energy” practitioners purport to be manipulating, balancing, and channeling in practices such as Reiki, Therapeutic Touch, Reflexology, Qigong, and crystal healing. Basically, anything that references chakras or meridians is referring to a kind of energy that simply doesn’t exist. It goes by a variety of names such as chi, ki, qi, prana, vital force, subtle energy, universal life force, vitalism, etc. Although being based on a non-existent energy may make these practices seemingly benign (except for the disastrous effect they may have on your wallet), there are many dangers inherent in their use.

Physical dangers can come about if a person suffering from a serious disease forgoes conventional medicine for any of these forms of healing.

Because there is no credible scientific substantiation for this energy or the practices related to it, there is no insurance coverage. Practitioners are not regulated and no professional standards are enforced, which opens up the consumer to a host of other potential financial risks.

There are also grave spiritual risks because the belief in a universal life force is a central component in pantheistic belief systems such as Hinduism and Buddhism and may encourage a person to slowly begin to abandon the Christian worldview which is based on belief in a personal God. 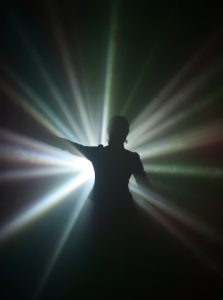 According to the National Institutes for Health, there are dozens of healing techniques that are based on the alleged existence of a universal life force or energy which permeates all of creation. “Energy workers” believe illness occurs when this energy becomes unbalanced and that they can restore this balance by manipulating it.

In spite of a complete lack of scientific evidence, energy medicine techniques, particularly Reiki and Therapeutic Touch, have infiltrated many hospitals and nursing homes. Until 2009, when the U.S. Catholic bishops issued a directive stating that the use of Reiki in Catholic health care facilities is inappropriate.

“In terms of caring for one’s spiritual health, there are important dangers,” the bishops warn. “To use Reiki one would have to accept at least in an implicit way central elements of the worldview that undergirds Reiki theory, elements that belong neither to Christian faith nor to natural science.”

Therefore, a Catholic who puts their trust in Reiki “would be operating in the realm of superstition, the no-man’s-land that is neither faith nor science.”

Most medical experts agree and find this infiltration of pseudo-science into our health care system, which is largely due to the work of influential nurses over the years, to be appalling.

For this reason, the informed consumer needs to understand the different forms of energy and which ones are scientifically substantiated.

There is so much more than can be said about energy medicine, such as what the science of physics has to say about it, the problems it is causing within the health care profession, why it is a form of “superstitious medicine,” etc. For a more in-depth study, see the chapter on Energy Medicine in my book, The Learn to Discern Compendium.