By Susan Brinkmann, OCDS Staff Journalist A new study released by the Centers for Disease Control and Prevention (CDC), which is considered one of the largest and most in-depth federal report on sexual behavior of its kind, has found that a growing number of teens and young adults are choosing to remain chaste. 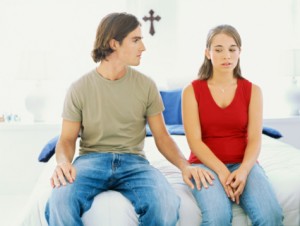 The Baptist Press (BP) is reporting that the study, released March 3, found that 27 percent of men and 29 percent of women aged 15-24 are virgins, which is up from the 22 percent for both men and women that was recorded in an earlier survey based on 2002 numbers. In the younger age group of 15-17, 68 percent of boys and 67 percent of girls said they have never had sex. A smaller percentage, 53 percent of boys and 58 percent of girls, said they have never had any sexual contact up to that point in their lives. In 2002, only 46 percent of boys and 49 percent of girls in that age range reported having no sexual experience. There seems to be no question that the abstinence message is getting through to the nation's young people. Anjani Chandra, lead author of the study, said the increase in virginity could be attributed to messages about abstinence, and even the liberal Associated Press reported that " . . . perhaps emphasis [on abstinence] in the past decade has had some influence." The study, which was based on interviews with about 13,500 youth between the ages of 15 and 44,  confirms other recent reports that young people are embracing abstinence. For instance, a U.S. Department of Health and Human Services study released last year found that a majority of teens support premarital abstinence in general, and for themselves. Their parents feel the same way, according a Natural Survey of Adolescents and Their Parents study that found 70 percent of parents were opposed to premarital sex for their teens. In spite of these number, the Obama Administration cut abstinence education funding and is promoting comprehensive sex education in schools with programs that are largely provided by leaders in the U.S. sex industry, such as Planned Parenthood. Valerie Huber, executive director of the National Abstinence Education Association, said the CDC report challenges the wisdom of these funding cuts to abstinence education. "One hundred sixty-nine abstinence education programs lost funding and over 1 million students lost access to the very programs that can support and encourage the positive trends represented by this data," Huber told BP. "If we are serious about decreasing teen sexual activity, we need to use the data to instruct public policy. Funding priority should be given to programs that support this healthy trend rather than capitulating to those who want to normalize sex among teens and simply offer contraception as a solution," Huber said. "The data renders null and void the 'abstinence is unrealistic' claims made by anti-abstinence advocacy groups." The National Abstinence Education Association is calling on Congress to reinstate abstinence education as a community-based approach in the 2012 federal budget. "The data is clearly siding in favor of a renewed priority on the risk avoidance abstinence education approach ... and it just happens also to be the healthiest option for teens," Huber said. © All Rights Reserved, Living His Life Abundantly®/Women of Grace®  http://www.womenofgrace.com