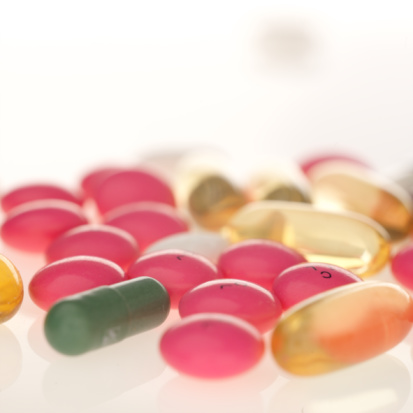 If you’re looking to boost your memory and brain power naturally, you may be disappointed to know that a new study has found that 10 popular “brain boosting” supplements not only contain pharmaceuticals, but in dosage levels that could be dangerous.

According to the study recently published in Neurology Clinical Practice, researchers combed through two databases – the NIH Dietary Supplement Label Database and the Natural Medicines Database – in search of any product listing four unapproved drugs as ingredients. The drugs are omberacetam (also known as the Alzheimer’s drug, Noopept), two brain boosting drugs known as aniracetam (not approved for use in the US) and oxiracetam, and the stress reducing drug, phenylpiracetam. They found 10 supplements that contained one or more of these drugs plus other unapproved pharmaceuticals that are not listed on the product labels. This means that people who are taking these supplements have no idea what they are ingesting.

As the report stated, “In the 10 products tested, omberacteam and aniracetam were detected along with 3 additional unapproved drugs (i.e., phenibut, vinpocetine and picamilon). By consuming recommended serving sizes, consumers could be exposed to pharmaceutical-level dosages of drugs…Several detected drugs were not declared on the label, and several declared drugs were not detected in the products. For those products with drug quantities provided on the labels, 75% (9/12) of declared quantities were inaccurate. Consumers could be exposed to up to four-fold greater than pharmaceutical dosages and as many as 4 unapproved drugs when using individual products.”

As shocking as these findings may sound, they are hardly surprising in an industry that has no oversight.

“Over-the-counter cognitive supplements are popular because they promise a sharper mind, but they are not as closely regulated as pharmaceutical drugs,” said study author Pieter A. Cohen, M.D., of Harvard Medical School in Boston, Mass. “Use of these supplements poses potentially serious health risks. Not only did we detect five unapproved drugs in these products, we also detected several drugs that were not mentioned on the labels, and we found doses of unapproved drugs that were as much as four times higher than what would be considered a typical dose.”

The FDA responded to the study by sending strongly worded warning letters. However, “Such letters result in products being voluntarily withdrawn only about 50% of the time,” writes Yale neurologist Steven Novella, MD. “So not only does the FDA not have the ability to do pre-market evaluation of these products, their power is limited in removing them from the market.”

Cohen’s team did not release the names of the supplements tested. However, in a similar study published last year in the in JAMA Internal Medicine, Cohen and his colleagues found five brain boosting supplements that contained piracetam, a drug used in Europe to treat dementia but which has not been approved for use in the United States. The supplements which referred to their products as piracetam were Relentless Improvement, Nootropics, and Specialty Pharmacy. BPS named its supplement Compel, and Cognitive Nutrition's NeuroPill but included piracetam on the label.

Brain boosting supplements are now part of a growing list of supplements that are most likely to be contaminated by actual drugs. The list includes sex enhancement, weight loss, and body building supplements.