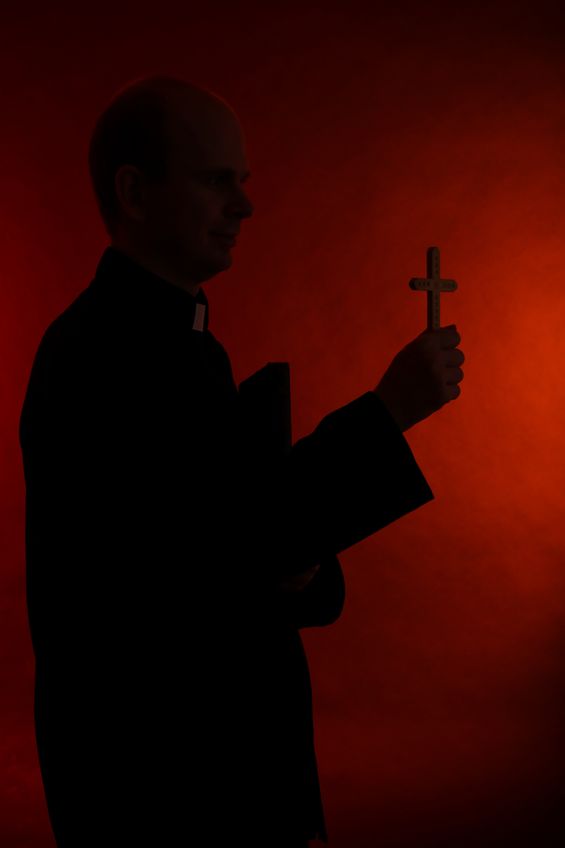 According to exorcist Fr. Francesco Bamonte, “the extraordinary actions of the devil refer to his particular actions on matter. Important: it is far more interesting to demons to keep people enslaved to sin and to bring them ultimately to the greatest misfortune — eternal damnation — than it is to provoke a series of misfortunes.”

Signs of diabolical infestation of a place, such as a home, include: Sounds or blows to a house’s roof or inside of it on the floor, doors, windows, or furniture; sounds of someone or something stepping around the place but nothing is seen; loud sounds of chains or irons; voices, screams, laughter, yelling, shouting; the disappearance of objects which are either not found or are found in improbable areas of the house; sudden gusts of wind in environments that are completely without any other airflow . . . pets are suddenly terrified and run away without explanation.

In discerning the above manifestations of infestation of a place, the criterion is this: Everything that is outside of the laws of nature which does not come from God comes from Satan. There are no intermediate conditions. A rigorous investigation should be done to determine the cause of a manifestation upon a place. A natural causation should be ruled out.

Possible origins of diabolical infestation may include “curses against the place; séances were held in the dwelling; rituals or rites were performed by practitioners of magic who lived in the house; heinous crimes, suicides, abortions occurred there (intercessory prayer is required to heal this); rites of evocation or devotion to the devil have been performed there; or holy things or objects have been profaned there (in all these cases, reparation is also needed).”

According to Fr. Bamonte, “whenever the diabolical action is ex¬ercised on or inside of a person’s body, one speaks of ‘vexation’ (sometimes referred to as oppression), ‘obsession,’ or ‘diabolical possession.’ Sometimes the boundaries between these forms of diabolical action are not clearly defined.”

Fr. Bamonte taught about the following causes for some ex¬traordinary actions of the devil upon persons:

 Through our own fault: the sins of superstition and of the occult. Wide openings for demons are created by participation in these activities.

 Consulting mediums or talismans, especially those given by a practitioner of magic who has performed rites of evocation on them.

 Use of divination — for example, with a pendulum.

 Possessing objects, such as souvenirs, that have been used in local magic rituals.

 Practicing or being present at voodoo or macumba rituals.

 Having participated in sects or associations in which esoteric rites or occult practices were performed.

 Having participated in satanic sects or even sporadically in Satanism (for example, making blood pacts with the devil, attending or participating in black masses, or profaning the Holy Eucharist).

 Having listened for a long time to music that incites people to worship Satan or to commit acts of violence, blasphemy, homicide, or suicide. Individuals are even more susceptible to the influence of such music when the superstitious practices and forms of occultism described above are combined with addictive vices, such as drinking heavily, using drugs, performing sexually depraved acts, and blaspheming. Blasphemy in particular puts a person in harmony with the devil, who, by his nature, curses God with absolute hatred.

 Being the recipient, even unknowingly, of a rite of malefice. For instance, a parent may consecrate a child to Satan. A person may have been cursed while in the womb, as well as later in life. In such cases, the subsequent malefice often reinforces the preceding one. 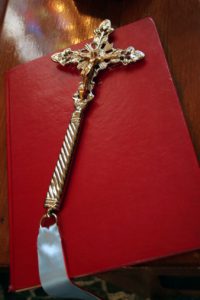 Sometimes called diabolical vexation, oppression refers to “physical aggressions of demons against a person which may manifest in burns, scratches, bites, beatings, and blows that leave bruises, swelling, bloody sores, or bone fractures. Some have experienced letters, words, or symbols appearing as incisions on their skin. These persist for a time and then disappear.”

Demonic obsessions are cases of the devil’s aggression in which, although he does not block the intellectual faculty and the free will of the person during a crisis, he is able to communicate obsessive thoughts or images that are at times rationally absurd to the victim’s mind (i.e. the imagination and the memory) but which they are not able to ward off. In these cases the person feels tormented by a fixed idea or an image that seems to really be his own. The obsessions can be of different forms and of different graces and intensities and reach a point at which they completely dominate a person’s mind.

They may take up all of the attention of the person and are insistent, despite determined and well-imposed resistance, which may be necessarily heroic. Only abandoning oneself to God helps the afflicted to not succumb to this submersion, and exorcism is sometimes necessary to liberate a person from the exterior or interior violence.

Diabolical obsession is different than personal obsessions such as excess handwashing, or obsessive thoughts such as “Did I leave the stove on?” These are related to anxiety, not the diabolical. Exorcists rely on the medical advice of men-tal-health professionals to help them distinguish between human anxiety and diabolical attacks.

Discerning obsessions can be difficult because of the absence of physical signs or manifestations that usually accompany oppression and possession. . . . Like physicians who study the efficacy or inefficacy of a medical treatment to arrive at a correct diagnosis, priests may apply the same idea in evaluating diabolical obsessions.

Diabolical possession is relatively rare, although exorcists have been reporting an increase in cases. A brief overview will suffice for a general idea of this most severe diabolical condition. Possession markers include the following:

 knowledge of languages the person has never studied

 knowledge of secrets the person could not have obtained by normal human means (for example, in one case, a demon revealed, “If you are not directly under my power, it is because your mother has been praying for you, and she has put up a wall of prayer!”)

 strong aversion to the sacred, such as churches, Holy Communion, prayer, holy water, rosaries, relics of saints, or the Bible

When an individual or group of people voluntarily submit themselves to Satan, this is called demonic subjugation. People fall into this form of relationship with Satan by volunteering to make a blood pact with the devil or to consecrate themselves to Satan.

"Simply put, the devil hates God and is in terror of Him and anything that even has the odor of sanctity. . . . The devil can greatly disturb a person who nurtures faith, but he does so unwillingly because he is “forced” to by the power of a spell. He prefers far and away to be involved with those who have distanced themselves from God. In these circumstances he is freer to act. Satan fears the sons of God, those seeking to conform their lives to Jesus: 'I have been crucified with Christ; it is no longer I who live, but Christ who lives in me'” (Gal 2:20). — Fr. Gabriele Amorth, An Exorcist Explains the Demonic

Diabolical attacks can go only as far as the Lord allows for our good — for purification, tests of faith, and growth in holiness. Providence allows what is necessary for the salvation of a soul and always gives us necessary graces in our trials.

Editor’s note: Fr. Francesco Bamonte’s quotations are from the author’s personal unpublished notes from his presentations at the International Association of Exorcists course “Exorcism and Prayers of Liberation,” Pontifical Athenaeum Regina Apostolorum, Rome, May 2017.

This article is adapted from a chapter in Kathleen Beckman’s latest book, Family Guide to Spiritual Warfare: Strategies for Deliverance and Healing.