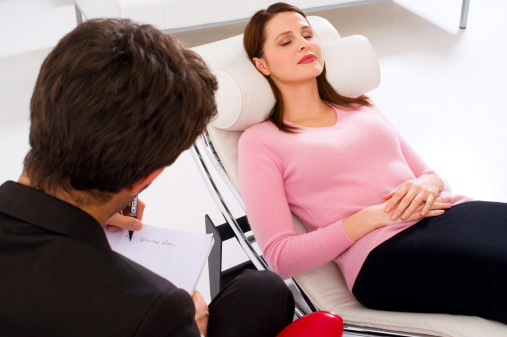 BA writes: "A friend of mine is training to be a gestalt therapist. Can you clarify if this is new age and if so, why?"

Having said that, it’s important to note that there is a difference between Gestalt psychology – which is not New Age - and Gestalt therapy. Britannica explains Gestalt psychology as a “school of psychology founded in the 20th century that provided the foundation for the modern study of perception. Gestalt theory emphasizes that the whole of anything is greater than its parts. That is, the attributes of the whole are not deducible from analysis of the parts in isolation. The word Gestalt is used in modern German to mean the way a thing has been ‘placed,’ or ‘put together’.”

It was pioneered by a Czech-born psychologist named Max Wertheimer in his 1912 book, Experimental Studies of the Perception of Movement, in which he reports on a German study on apparent movement by German psychologists Wolfgang Kohler and Kurt Koffka. These three men formed the core of the Gestalt movement for the next few decades and eventually all became professors in the U.S. This form of Gestalt psychology has since been incorporated into other forms of mental health practice.

On the other hand, while Gestalt therapy also focuses on process (what is actually happening) as well as content (what is being talked about), according to Gestalt Therapy: A Guide to Contemporary Practice by P. Brownell, the purported aim of Gestalt therapy, which includes dreamwork, is to help clients achieve wholeness.

Fritz Perls, a native of Berlin, was a medical doctor who served during World War I and eventually gravitated toward psychoanalysis. He fled the Hitler regime in the 1930s with wife Laura and their two children and eventually settled in South Africa where he opened a psychoanalytic training institute. He joined the South African army, serving as a psychiatrist until 1946 and it was during this time that he wrote his first book, Ego, Hunger, and Aggression.

The split continues to this day, with the West Coast Gestalt still flourishing while the East Coast variety (Gestalt psychology) has since been replaced by other forms of therapy.

Another version, known as Gestalt Practice, combines Gestalt methods with meditation practices into a unified program of human development. It was developed by Dick Price, a veteran of the 1960's Beat Generation and co-founder of Esalen. A student of Perls', Price's version is still being practiced today and Esalen continues to offer it in workshops.

The link between Gestalt therapy and Gestalt psychology is considered to be little more than peripheral.

Speaking at a meeting of the American Psychological Association in1975, then president Mary Henle stated: "What Perls has done has been to take a few terms from Gestalt psychology, stretch their meaning beyond recognition, mix them with notions—often unclear and often incompatible—from the depth psychologies, existentialism, and common sense, and he has called the whole mixture gestalt therapy. His work has no substantive relation to scientific Gestalt psychology. To use his own language, Fritz Perls has done 'his thing'; whatever it is, it is not Gestalt psychology."

Because of the threat of New Age influences being introduced by practitioners of gestalt therapy, Christians should be wary of this therapy and discuss their concerns, as well as possible alternatives, with their mental health care provider.