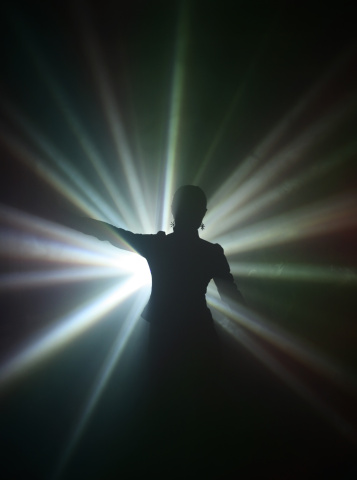 The Wacky Wednesday edition of EWTN’s Women of Grace® Live Radio is always an interesting show that never fails to turn up questions about some of the wackiest New Age practices and “treatments” on the planet – such as whether or not a “bioresonance” device known as the Healy can really keep us healthy.

The short answer is a resounding “no!” and it didn’t take a lot of time to come to this conclusion. One glance at its half-constructed website which offers little in the way of information but plenty about their pricey product line and medical disclaimers was enough to raise quite a few red flags for this researcher.

First, what’s a Healy? According to the website, the Healy is a “certified wearable that uses individualized frequencies to help balance your mind and body and relieve stress.”  It’s a small device that can be clipped on clothing, worn on the wrist or taped to the skin that is connected via Bluetooth to a software application installed on a cell phone.

As Stephen Barrett, MD, of Quackwatch explains, the device uses bioresonance therapy which is “based on notions that (a) every cell in the body has its own electromagnetic frequency and that (b) diseases can be cured by correcting abnormal frequencies by various means.”

Proponents claim that bioresonance therapy was developed by a German physician and scientologist named Franz Morell in 1977. As Dr. Edzard Ernst explains in this article, bioresonance instruments are very similar to what scientologists call an "E-meter" which "essentially consists of an electronic circuit measuring skin conductivity," Dr. Ernst explains.

One of the men responsible for bringing us today’s version of bioresonance therapy in the form of the Healy is Marcus Schmieke, 60, whose bio claims he was a concert pianist as a child, a chess master as a teen, and later entered an Indian monastery where he studied philosophy and physics. It was here that he met the German physicist, Burkhard Heim, whose Information Field theory became the basis for Schmieke’s work combining natural science and philosophy which he refers to as TimeWaver technology.

The other man responsible is Nuno Nina whose bio refers to him the founder and director of IM – Integrative Medicine Clinic in Lison who has a “background” in Mathematics, Systems Engineering and Biochemistry and has been “deeply involved” in the field of electromedicine.

What does the science say? Not much. According to Dr. Ernst, there have been only three published studies of bioresonance, none of which arrived at any noteworthy conclusion. One trial was so small it’s findings were likely to be false-positive; the other was a pilot study that has never been followed up with a definitive trial; and the last was a double-blind study in children with atopic dermatitis which concluded that bioresonance had not effect on the outcome.

If this is the case, why did the Healy receive clearance from the FDA? The Healy has what’s known as a 510(k) clearance from the FDA which means it can be legally marketed for the purposes for which the device has been cleared – which is for the temporary relief of pain associated with muscle strain and chronic pain associated with arthritis. However, in order to gain this clearance, the creators of the Healy don’t have to prove that their device works, only that it is substantially similar to a device that does work. In this case, it was a transcutaneous electrical nerve stimulation (TENS) device known as Omron’s Avail.

As Dr. Barrett confirms, “If the Healy can deliver electric currents that enable it to function like a TENS device, it would be legally marketable for that purpose. However, it is not cleared for any of the uses related to ‘bioresonance’ that dominate the company’s marketing materials. Any claims that the Healy can be used to prevent, mitigate, cure or treat a disease would be illegal.”

In other words, the Healy appears to be just another expensive gimmick product that has very little science top back up its claims.