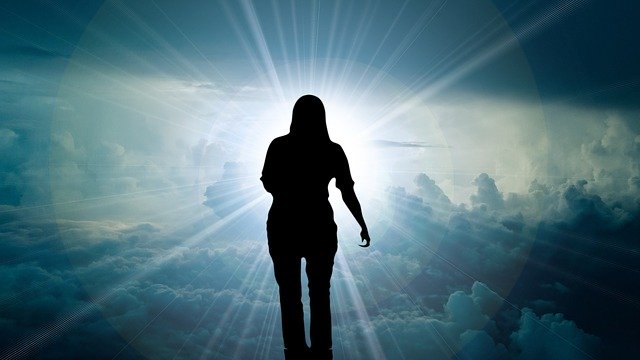 New Age practitioners swear by them and claim you can tell just about anything about a person by reading it. Others believe you can use it to diagnose illness and change the way a person thinks. What is this remarkable tool?

An aura is the glow that surrounds all living things that show up on in photographs taken with an infrared camera. New Agers believe them to be energy fields or the “life force” that radiates from the body and manifests in different colors depending on the person’s feelings and/or state of health. Clairvoyants claim to be able to read or scan auras in order to diagnose illness, effect healing, predict the future, determine a person’s temperament, etc. They either do this with their natural eyes (a feat no one has ever successfully demonstrated) or with their “inner vision” (whatever that means).

As nonsensical as this all sounds, there’s actually some truth to it. Auras are indeed energy fields but it’s not the kind of energy that New Agers are so in love with – the chi, ki, qi, prana, vital force – all of which are forms of putative energy that does not exist according to the most advance science of our day.

According to Victor Stenger, Ph.D., professor emeritus of Physics and Astronomy at the University of Hawaii, the energy that causes an aura is called “black body” electromagnetic radiation (a form of veritable energy and completely substantiated by science) which produces an invisible infrared light that is the result of the random movements of all the charged particles in the body that are caused by heat.

In other words, this “energy” has nothing to do with a person’s “life force.”

But these facts don’t stop New Agers from marketing a wide variety of “aura aids” aimed at helping people see their aura and know when it needs to be cleaned. 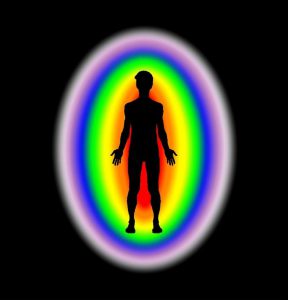 As this Teen Vogue article explains in an installment of their “Practical Magic” series (and we wonder why witchcraft is so popular among teens),  “Lots of things aside from someone else’s bad energy can affect your aura, like the everyday stress of life. As a witch, you will want to protect your energy at all costs from negativity because it’s essential to have a clear magical and spiritual channel at all times,” writes Lisa Stardust.

She suggests learning how to “see” our aura by meditating on your hands and fingers for 45 minutes while facing a white wall. “With time, you may be able to see your aura.”

If we want to see someone else’s aura, we can stare at them for one minute “to absorb their essence,” then have them sit in front of a neutral-colored wall for one minute. “Then close your eyes and meditate on their energy. Open your eyes and gaze at their face. In a few seconds, you may be able to see their aura,” Stardust instructs.

The article includes a fanciful list of aura colors and what they mean (according to Stardust), such as yellow means positivity and happiness, green means compassion and peacefulness, blue means artistic and sensitive, etc. Other websites, such as the Psychic Library, list other meanings to these colors which suggests that we can shop around and look for the meaning we want to affix to the color we think we saw while meditating in front of a neutral-colored wall.

It's important to note that, according to New Agers, auras can get dirty. If you start  feeling lethargic or “intuitively blocked”, it's time for a cleansing. This can be done by taking a “spiritual bath” in Himalayan sea salt water, saging yourself to the point of “smothering” your body in smoke, or spraying your body with water that contains specific crystals, a pinch of sea salt, and a few drops of oil.

Those who really want to be sure about their aura can simply find someone with an infrared camera and have a photo taken, which is better known as Kirlian photography. This equipment is commonly used by ghost busters who use them to capture images of the alleged dead.

According to Dr. Stenger, this photography was discovered in 1937 by an Armenian electrician named Semyon Kirlian. Kirlian photographed live objects such as a leaf that was placed on a piece of film that was subject to high electrical voltage that produced images such as “multicolored sparks, twinkles, and flares.”

Kirlian believed he was seeing the leaf “die” on the film. “We appeared to be seeing the very life activity of the leaf itself,” Kirlian reported.

Not so, says the scientific community. “In spite of its emotional appeal, it’s been amply demonstrated that the Kirlian aura is nothing but what’s known as a corona discharge,” Dr. Stenger writes. “This sort of thing was reported as far back as 1777 and it’s completely understood in terms of well-known science. Controlled experiments have demonstrated that the claim effects, such as the cries of agony of a dying leaf, are dependent on the amount of moisture present. As the leaf dies, it dries out, which lowers its ability to conduct electricity. The same effect can be seen with a long dead but initially wet piece of wood.”

He goes on to lament the way purveyors of Kirlian aura reading parade well-known electro-magnetic phenomenon “in front of innocent lay people, unfamiliar with basic physics, as ‘evidence’ for a living force. It is nothing of the sort.”

He adds: “Proponents of alternative medicine would make far fewer critics among conventional scientists if they did not resort to this kind of dishonesty and foolishness.”