SH writes: "I am interested in knowing if magnet therapy is new age? Such as wearing a magnet braclet or using magents. Also what about magentic hematite jewelry?  Thank you for your help." 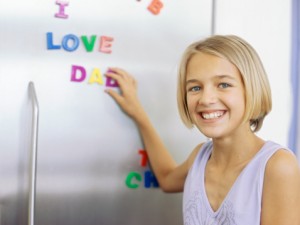 Magnet therapy, or magnotherapy, is not inherently New Age, but it is a form of alternative medicine that is largely practiced by New Agers. Practitioners claim that the magnetostatic fields produced by permanent magnets can do everything from cure wounds to improving overall vigor. Typically, these permanent magnets are sold in the form of bracelets and other jewelry; magnetic straps for the wrists, ankles, knees and back; shoe insoles; mattresses; blankets; creams; supplements; and even magnetic water.

Improve your home with the right display, an open display refrigerator is a great way to showcase your beverages and stimulate sales, you can choose the perfect glass-door reach-in refrigerators.

The type of magnetics described above does not work and is considered to be sham medicine. In fact, the U.S. Food and Drug Administration prohibits the marketing of any magnet therapy that makes medical claims because these claims are scientifically unfounded.

But if you're wearing a device that is said to be able to cure headaches or get rid of your knee pain, it won't be the first time a magnet salesman has made such claims. Mankind has been fascinated with magnets since the first lodestone was discovered. The ancients had such a tough time explaining why the stones (which are natural magnetic rocks) behaved as they did, they decided it was because the stones had souls.

Nothing much changed through the centuries. Franz Anton Mesmer (1734-1815), who came up with the concept of "animal magnetism" to explain why he thought magnets could heal, believed it was a unique force of nature that flowed through all living things. He used a combination of magnets, hypnosis, and the laying on of hands to produce "healings."

Claims of magnetic healing continue to this day; but there are important distinctions to make about magnet therapy. What is marketed in bracelets and insoles consist of static or permanent magnets, the same kind that are used to attach your child's report card to the refrigerator door, for instance.

"These static magnetic fields have no demonstrable effect on blood flow or living tissue, and their fields are so shallow they barely extend beyond the cloth in which they are encased, let alone to any significant tissue depth," writes neurologist Steven Novello, M.D., on his NeuroLogic blog. "And the scientific evidence for efficacy is negative."

Whatever help a person may believe they are receiving is purely placebo.

On the other hand, electromagnets, which utilize electricity to create a temporary magnetic field, are used in conventional medicine for things such as MRI's (Magnetic Resonance Imaging). Devices such as these employ powerful magnetic fields produced by electromagnets along with radio waves and computers to produce 3D images of the body. However, as anyone knows who has ever had an MRI, even this huge dose of super powerful electromagnetism does not heal the body. We're as sick or injured after the scan as we were before it began.

Electromagnets can also be turned off and on in what is known as "pulsed electromagnetic fields" which have been found to aid healing in certain bone fractures and to reduce certain types of pain.

Unfortunately, some purveyors of magnetic trinkets like to "mix things up" by combining some of the good effects of conventional medicine's electromagnetics with their otherwise useless permanent magnets with the hopes that an uninformed public will keep their sales figures in the black. Thus far, it appears to be working. The magnet bauble industry rakes in millions every year. Insoles go for $20, bracelets typically range from $14 to $69. Knee straps go for $50 and a mattress pad will set you back $200.

Even though there's no scientific evidence to prove that magnets work, if you really believe they're helping you, forget the costly trinkets and just strap on a refrigerator magnet because it's the exact same thing.