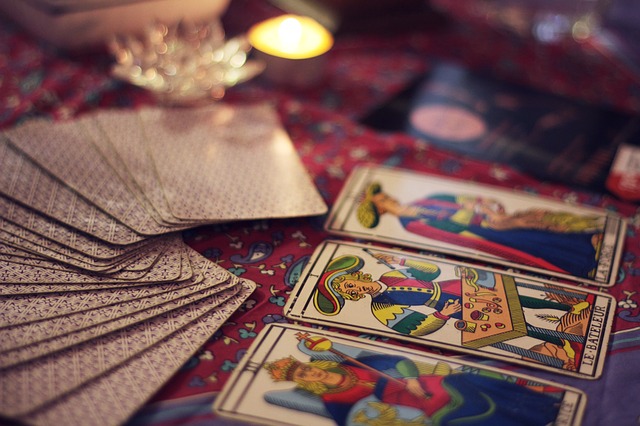 In a hard-hitting blog written by Al Perrotta, the Managing Editor of The Stream, who is a former enthusiast of Tarot-cards, there has been an alarming resurgence on interest in the use of these cards to divine the future.

According to Perrotta, he was once a big fan of Tarot. He loved getting readings and owned a half dozen decks of the cards. Although the cards are ultimately a con-job, using them is an invitation to dark powers that none of us want hanging around.

He learned This lesson years ago at a Halloween party where his friends, knowing he was a fan of the cards, convinced him to do readings. He agreed, but only if they could consider it a joke.

“Well, the joke was on yours truly,” Perrotta writes. “The line of people wanted the real deal. And I delivered. And the Holy Spirit started speaking to me: ‘This is not yours to do. You are on the wrong side’.”

Hours later, when the party was over, he was still facing a long line of people who wanted a reading. But those words were resonating in his heart and he knew that “’this is not mine to do. I’m on the wrong side!’”

“The spiritual world was real. And there was a right side and a wrong side. I knew that I knew. I finally staggered down the hall, ashen. Spent. A few steps from my office I found myself collapsing against the wall. And Jesus caught me,” he admits.

“So if anyone knows the lure of the tarot cards … and the dangers … it’s yours truly. We shouldn’t be shocked. If there wasn’t a lure, why would the Bible be so clear in its warnings about divination and soothsayers?”

Unfortunately, the cards are increasing in popularity in the last few years, from articles written in The New York Times and The Guardian to an explosion of tarot apps in the Apple Store. An Amazon search of “tarot cards” rendered 10,000 results. A YouTube video entitled, Learn The 78 Tarot Cards in Two Hours had close to a million views – two years ago.

He also discovered that the people who are being seduced by the lure of the cards are millennials, particularly young women who are being told it will empower them and help them find “their truth.”

According to Amelia Tate, writing for the New Statesman, one supplier reported a 268 percent increase in sales during a six-month period in 2017.

“Frank Clifford, principal of the London School of Astrology, tells me that when he started out 30 years ago ‘tarot had a demographic of middle-aged and middle-class women,” Tate writes. “Now, there’s a much younger crowd. ‘Most of our 200 students currently enrolled were born between 1983 and 1999’,” he told her. 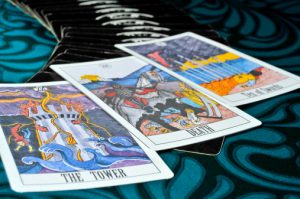 Tate claims millennials are turning to the cards because their “economic, professional, domestic and romantic lives are so far removed from those experienced by baby boomers that we can no longer look to older generations for advice (avocados weren’t even invented back then, right?). Where else do we go? We’re the most secular generation yet.”

Peter Dunham, co-founder of a design studio known as Uusi which designs tarot cards, told Medium.com that he believes the appeal of tarot is all about the very deep human need of having something to believe in.

“So much has been torn down, and inevitably, people still need something to believe in. People need some kind of spiritual construct. I think a lot of people are finding within the tarot something they can grab onto and use as a beacon to find that spirituality.”

Baby-boomers seek their comfort in religion, but religion is passé for many millennials, which is why many are turning to the occult for their needs. For some, tarot is a good fit - but it’s not exactly a wise – or well-informed choice.

As Perrotta advises, millennials need to understand the con-artistry that is behind the cards that they’re relying upon for guidance and direction.

After having read the books, studied the cards, and practiced the trade, it becomes glaringly obvious just unreliable these cards are for divining anything, let alone the future.

It only gets more confusing from here. For example, parts of the imagery on a card could contain a variety of meanings. For example, the wheels on the image known as “The Chariot.” In a reading, the Chariot could have to do with your car or with some kind of travel. However, if it’s upside down then it could be a warning that the “wheels are coming off” a project or relationships.

As he so clearly explains, just knowing the history of the tarot card should be enough to convince people to find something better to waste their time on.

“Tarot cards derive from the same source as your standard deck of cards. Do you really think there are deep truths hidden in the same cards you use to play Go Fish? Believe that and you’re not playing with a full deck.”

Although we can all understand the basic human impulse to know what’s ahead so we can be prepared, tarot is not the way to go, especially because the bible clearly condemns the practice of divination (Deuteronomy 18:10).

However, as Perrotta writes, “Even if the cards could tell you something about the future, they don’t give you the power to change the future. This is why we must hold to the God who made Himself known. Proverbs tell us to ‘trust in the Lord with all your heart and lean not on your own understanding’ (Proverbs 3:5). Not on tarot cards and tarot card readers. You want to secure your future? You want to have a better life? ‘In all your ways submit to him, and he will make your paths straight’ (Proverbs 3:6).”

Instead, we need to listen to Jesus in that famous passage in Matthew 6 where he exhorts His followers: “Do not worry about your life . . . Can any of you by worrying add a single moment to your life-span?” (Matthew 6:25, 27)

If we want to know about the future, we need to turn to the God in whose hands our future lies.

Because, as Perreta reminds, “God has power that a mere card deck will never have.”