ST writes: "Why can't we regard God as an 'energy force'? If He's pure spirit, then wouldn't He be more of a force than a Person?" 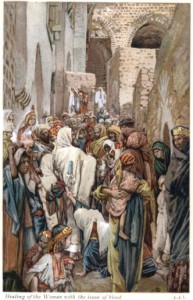 This is a great question and one that causes great confusion among the faithful. Without getting into a long theological expose, let me just answer this with the kind of information that can be used by us "average Joes" to explain why God is not an energy force. First and foremost, the primary reason why we can't call God an energy force is because this is not the way He revealed Himself to us. Remember when Moses asked the Lord to tell him who he was speaking to, so he could let the people know? "If they should say to me, 'What is his name?' what shall I say to them?" Moses asks. God replied: "I am who am. Thus shall you say to the children of Israel: He Who is has sent me to you." (Exodus 3: 13-15) Notice how God describes Himself here - as a "who" not as a "what". God clearly identifies himself as a Person.  "I am who am" is God's name - YHWH - in Hebrew. Even though He reveals Himself progressively and under different names to His people over time, this revelation to Moses is considered to be the fundamental one for both the Old and New Covenants. Giving us His name is very significant because, as the the Catechism explains: "A name expresses a person's essence and identity and the meaning of this person's life. God has a name; he is not an anonymous force. To disclose one's name is to make oneself known to others; in a way, it is to hand oneself over by becoming accessible, capable of being known more intimately and addressed personally." (No. 203) However, for a variety of reasons, not everyone is willing to accept the existence of a personal God. For instance, belief systems based in pantheism such as Hinduism, as well as followers of the New Age, prefer to believe in a "life force" that permeates the entire created universe. (This is the "chi", "qi", "prana," "vital force" that is also known as subtle or putative energies - the kind for which we have no evidence of existence.)    The Pontifical document, Jesus Christ the Bearer of the Water of Life, explains this further: "The New Age god is an impersonal energy, a particular extension or component of the cosmos; god in this sense is the life-force or soul of the world. This is very different from the Christian understanding of God as the maker of heaven and earth and the source of all personal life. God is in Himself personal, the Father, Son and Holy Spirit, who created the universe in order to share the communion of His life with creaturely persons." New Agers like to say their "life force" and our God are the same thing, but don't be fooled! They either don't understand the New Age concept of a life force, are confused about God's revelation of Himself as a Person, or both. But many will try their best to convince us! One of the most ludicrous examples I've ever found is on a prominent Reiki website in which the author claims that because Jesus laid hands on people to heal them - similar to what Reiki masters do - He may have been using Reiki power to heal. Nice try, but no cigar for that one! What about all the times Jesus healed by casting out demons or just by His word alone?   Another example is the woman who confronted me at a conference to say that the Gospel story about the woman healed of a hemorrhage (Mark 5: 25-34) proves Jesus was using some kind of energy to heal. The passage states: "Immediately aware that power had gone forth from him, Jesus turned around in the crowd and said, 'Who touched my clothes?'" Doesn't this prove that Jesus used some kind of "force" to heal? Not at all! The answer to this question lies in the very next verse when the woman fell at Jesus' feet in "fear and trembling." She was not healed because of some magical power, but because of her faith. And this is precisely what Jesus tells her: "Daughter, your faith has made you well."   My Learn to Discern: Is it Christian or New Age booklet series contains several booklets that explain this energy force in more detail. Click on the "New Age Resources" button on the navigation bar above and see the booklet on Reiki and Therapeutic Touch.  Both include a chapter on this subject that explains all this in much greater detail.