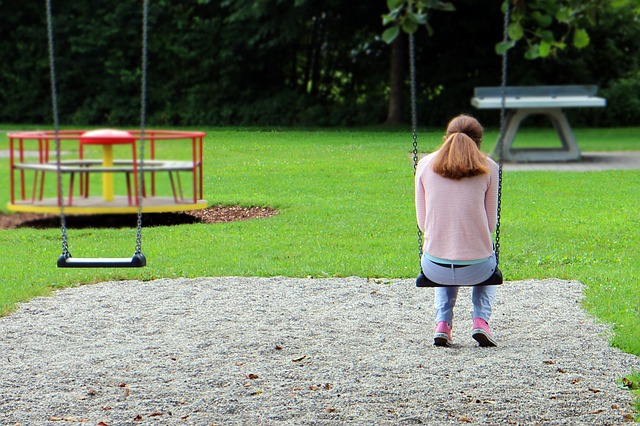 When I was ten years old I began being groomed by my aunt’s husband as I babysat their children. He eventually raped me at the age of 13.

I had the courage to tell a classmate what had been done to me, which was then reported to the school counselor and my parents were notified. I was immediately taken to my local doctor’s office to be examined, where I was told I was pregnant from the rape. That day would be the first time I heard the word abortion. My family doctor suggested abortion to my parents as a solution to fix my crisis pregnancy, and referred us to the Women’s Pavilion Center in South Bend, Indiana – one of three abortion clinics operated by the now infamous Dr. Ulrich “George” Klopfer.

On the day of my clinic appointment, I was taken to a room alone where a counselor told me about a clump of cells. I was pretty clueless as to what she was talking about, but when she asked if I was ready for the abortion I nodded my head in agreement out of innocence and trusting that adults had my best interest in mind. I was taken to a room, given a gown, and told to lay on a table. This was the first time I saw George Klopfer – another middle-aged man like my rapist, but this time a complete stranger. He came in the room smiling and said this wouldn’t take long. That was the extent of our doctor-patient relationship. There was no consultation, no other information provided to me.

I was absolutely terrified. I lay there in nothing but a medical gown, my legs spread with my feet in stirrups and this strange man was about to do something to me which I really had no knowledge about. I was embarrassed, unsettled, unsure, and mortified.

As I lay on the table, I suddenly heard a loud vacuuming sound – the unforgettably disturbing suction noise was much louder than our vacuum cleaner at home — and then I experienced the most excruciating pain I had ever felt. I began screaming in agony only to have Dr. Klopfer yell at me to stop making noise. I remember being shocked that this doctor yelled at me. How could he not care?!

Many years later, I discovered a journal of my mom’s with an entry about that day — she wrote that from the waiting room she could hear me screaming, but they would not allow her to come back with me. It was heartbreaking to read. My mom and I still have not talked about it, and my dad won’t talk about it either. They are not even together today. I know that if they had heard my story now, they would never have chosen abortion then.

Once the procedure finished, I was taken to a recovery room with other women. We all just sat there, not making eye contact. I was completely numb and disconnected. When I was told it was time for me to leave, I stood up only to hemorrhage – gushing blood all over myself and the floor. Nobody brought the doctor in – they just hurried me out of the clinic while hemorrhaging. I was so weak and could hardly stand that my dad had to carry me out to the car. There was never a follow-up visit at the clinic, and the abortion was never talked about again with my family. 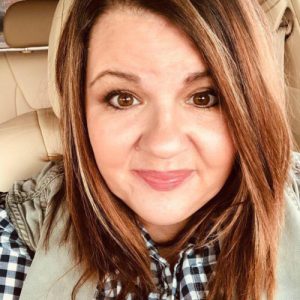 Even though I was 13 and had no clue about motherhood, I suffered horribly from my abortion. I would struggle every single holiday and did not understand why. I battled depression, had a miscarriage, my ovary ruptured — nearly losing my life, and I had a complete hysterectomy before the age of 29. All of the major reproductive issues I was having made no sense, but not one doctor asked if I had a history of abortion.

I used drugs and alcohol to numb my pain, had marital issues which would almost end my marriage, and I struggled to be a mother to my other children. One night, after heavy drinking to mask my pain, I had an encounter which would change my life and begin my healing process.

Even after much healing and attending a post-abortive retreat, hearing the news of over 2200 babies’ remains on George Klopfer’s property stirred up so many emotions. I feel like I have been violated all over again – now for a third time. Friday night when I first saw the story, my whole body went numb from shock. That shock turned into lying in bed, sobbing at the thought of my baby being on his property. I questioned why he had kept their remains and I realized they were probably trophies to him. My child’s dead body was his trophy. The grief was overwhelming.

Then my tears turned to anger because the clinic in South Bend where he had operated out of before losing his license was taken over by the Whole Women’s Health – currently aborting children without a license. If the atrocities surrounding Klopfer happened at a licensed clinic, I don’t even want to think about what is happening at this now unlicensed clinic! But the bottom line is, these clinics shouldn’t be open at all.

The last few days, I have been getting many messages from other post-abortive women who have felt all the same emotions as I have – especially since I participated in a press conference on Monday. One of the most heartbreaking encounters I experienced was talking to another post-abortive woman who was so traumatized by this news that when she saw a gas line being dug up, she began crying and saying, “I know they are burying babies here.” It was like talking to someone who had just returned from war. Another woman said, “I feel so violated.” She has taken the time to heal only to have this wound cut right back open.

As a woman who has suffered through and from abortion, I’m asking that a full investigation be done, including DNA testing to match these sons and daughters to their mothers who want them for a proper funeral and burial. I want to know if my child is one of them and I want her remains so I have a place to honor her. Maybe she will know that her mother wants her and loves her. And for those whose mothers don’t come forward to claim them, they still deserve the same dignity because multitudes grieve the loss of their lives. If Klopfer can keep these babies unaccountably for years, we should be able to provide them a permanent place to be remembered in a dignified way.

I’m also calling out Judge Sara Evans to listen to my story and to shut down the Whole Women’s Health abortion clinic to protect babies and women in our area. Uphold the laws which were passed!

Lastly, I want to encourage post-abortive women and men not to hold on to this turmoil any longer. Please reach out for help and healing. There are many people in the community who want to help you with your healing process. We are here for you. Just because you made a choice, or as in my case – the choice was made for you, does not mean you deserve to sit in pain and suffering. There is forgiveness, hope, and healing for you!

Serena Dyksen is a wife, mother and post-abortive from rape.. She’s a blogger and spokeswoman for Save The 1, and can be contacted via Facebook.