JH writes: "I have a friend who had a conversion and has become close to Jesus and Mary. He prays daily, including the Rosary and The Divine Mercy Chaplet.  Lately, however, I have become concerned because he started to get messages in dreams to write a book. It is a novel that takes place after the chastisements. He gets all of the information in dreams.  He cannot continue to write until he has another dream, so he looks forward to the next dream. It is consuming his life. I am concerned that it is the devil because it seems to me that he is putting more emphasis on the dreams than on God. I cannot discern whether the book is from God or from the devil until it is finished, but I know there are mystical characters in it; in other words, characters that are getting supernatural messages.   "Another red flag for me is that he also wrote a brochure.  On the surface, it seems good and holy because it talks about sin, such as condemnation of sins of the flesh, not keeping holy the Lord's Day, etc. However, the section on prayer says we should pray for people in Hell. This is a moral error, and when I pointed it out, he was not receptive to changing it. This, too, leads me to be skeptical about the book. What is your opinion on this matter? " 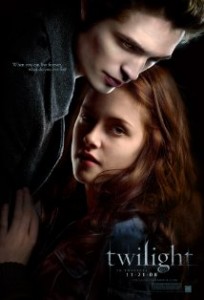 I'm with you on this one, JH. I also saw plenty of red flags in your story, not least of which is the fact that occult-fiction writers such as Stephenie Meyers, who wrote the Twilight series, also got her ideas from dreams. She once described the main characters in her books as "voices in my head" that would "never shut up." In an interview with MovieFone, she also admitted that the main vampire in the movie, Edward Cullen, came to her in a second dream in which he chastisted her for errors she made in the story.   She said, "I had this dream that Edward actually showed up and told me that I got it all wrong and like he exists and everything but he couldn't live off animals. . . and I kind of got the sense he was going to kill me. It was really terrifying and bizarrely different from every other time I've thought about his character." Author J. K. Rowling also got her idea for the Potter series in a bizarre and unnatural way. She claims to have been sitting on a train one day when the idea of a young boy attending a wizardry school "came fully formed" into her mind. She told The Boston Globe that "I really don't know where the idea came from. It started with Harry, then all these characters and situations came flooding into my head." Being a former fiction writer, I can tell you that it doesn't happen this way. A writer will have a general idea of what they want to write, but characters and plot lines are  contemplated for awhile before it all starts to come together. (This is part of the fun!) For this reason, and because of the content of the Potter books, I definitely see something suspicious in the way these books were conceived. It's almost as if they were "given" to her - but by who? Certainly not God, because He blatantly condemns all forms of sorcery (see Deuteronomy 18) which is what Potter and his wizardry school is all about. As for how Christians should view the receiving of ideas in dreams, you might want to read this blog that I wrote in which I outline the difference between New Age and occult use of dreams and the meaning behind dreams received by the faithful throughout the centuries, such as the prophet Daniel and St. Joseph. One of the most important distinctions between them is that Christian dreams are never sought. Your friend is obviously violating this rule by anxiously awaiting these dreams. Another warning sign to me is that he claims to be getting messages about the future. Satan does a thriving business in this area - it's called divination - and I would be highly suspicious of anything he's receiving in these dreams. To suggest praying for people in Hell is just plain wrong. We are taught that "Each man receives his eternal retribution in his immortal soul at the very moment of his death, in a particular judgment that refers his life to Christ: either entrance into the blessedness of heaven - through a purification or immediately - or immediate and everlasting damnation" (Catechism No. 1022). "Everlasting" means forever, which means no amount of prayer will do any good.  Even more telling to me is that he refused to be corrected, which is always a bad sign. The annals of Church history give plenty of evidence to the fact that the truly humble servant of God would prefer to be humiliated, mocked, scorned, or even killed than be responsible for spreading errors in the name of our beloved Lord. It is my hope that the two of you might have a priest in common - perhaps you're in the same parish or prayer group - and you would consider voicing your concerns to this priest on behalf of your friend. Priests have a great deal of experience in these areas and usually know how to speak to people with issues such as these. But this should be done very confidentially. The last thing you want to do is fall for that telltale trick of the devil that convinces us it's okay to talk about this man to others under the guise of "asking for prayer" for him. As one wise priest once told me, "It's okay to ask for prayer; it's not okay to hang out someone's dirty laundry."     Otherwise, continue to use the best weapon we have in our arsenal for matters such as these - prayer! Send your New Age questions to newage@womenofgrace.com