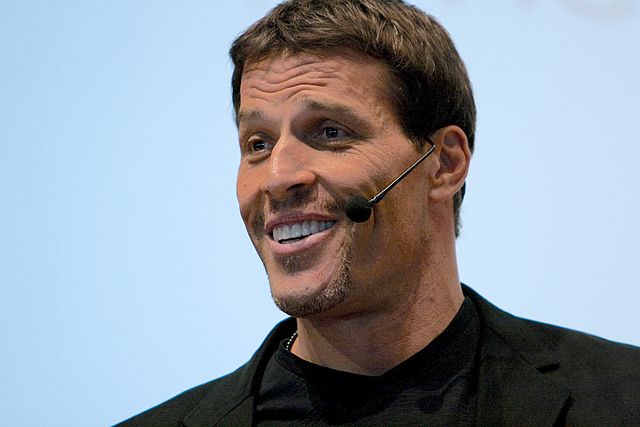 Tony Robbins, a popular motivational speaker and self-help guru who counsels his fans on the science of personal achievement may need to take some of his own advice as he struggles to recover from accusations of sexually abusing followers to labeling fans who underachieve as “losers.”

Over the course of the past six weeks, Robbins has been deluged with accusations from former fans and employees who say he touched them inappropriately. It all began with an explosive investigative report by BuzzFeedNews based on leaked recordings, internal documents and dozens of interviews with fans and insiders. Five women allege that Robbins sexually harassed them, forced them to work alone with him while he was naked in his hotel room or shower, or fired them after having a consensual affair. Even though he vigorously denied these allegations, five more accusers have come forward since the initial report was published in May.

That’s only one of his problems. The investigation also uncovered evidence of how Robbins abuses victims during his events by inviting them onstage and then berating them in front of a vast audience. Some of these people were victims of rape and domestic violence whom he would accuse of making things up to try to control men. In 2018, when a woman told him that her husband was physically violent and emotionally abusive, Robbins accused her of lying and asked if her husband put up with her when she was acting like a “crazy b***h.”

The latest report reveals that Robbins punishes followers who fail at his self-help tasks by calling them onstage where he places “L” stickers (for Loser) on their foreheads and makes them drink a “gross shot” containing an unidentified mixture “designed to have a lasting effect for several hours.”

One former staffer told BuzzFeed News that “audience members are deliberately led to believe that the ‘nasty’ mixture contains laxatives.” According to Robbins' lawyers, however, the drink contains only “pickle juice, apple juice, lemon juice, tomato juice and a dash of tabasco” and said no one ever complained about having to drink it.

Insiders also spoke about fans being given drinks at other events that were supposed to have health benefits but made many of them sick.

“Participants were throwing up all over the place, in public restrooms, hotel rooms,” said Gary King, Robbins’ former director of security, to BuzzFeed.

In addition, Robbins' multi-day events involve typical cult-like control tactics such as running the program for hours while allowing few food and water breaks. Participants must also agree not to video tape anything they see inside the event. 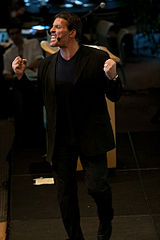 As BuzzFeed discovered, “Internal company emails reveal concerns about fans suffering mental breakdowns after days of emotional exhaustion as well as ‘sleep deprivation and dehydration.’ In this intense atmosphere, some audience members became disoriented as the days went by, said Todd Spendley, a former logistics contractor for the organization. 'We used to joke about it,’ he said. ‘People started ‘popping like popcorn.’”

In an effort to teach followers how to “turn their fear into power,” he frequently encourages them to walk across a 10-foot-long lane of hot coals erected at his events. Although he claims to provide this dangerous stunt “under the supervision of medical personnel,” it doesn’t stop people from being badly burned.

This isn’t the first time Robbins ran afoul of the law. In 1995, he entered into a settlement with the Federal Trade Commission (FTC) on behalf of his company, Robbins Research International (RRI), on charges that the company exaggerated the profit potential of franchises for his motivational seminars. According to the FTC, prospective franchises were paying him fees ranging from $5,000 to $90,000 for the rights to conduct and charge admission for seminars featuring videotapes of Robbins presenting his motivational techniques.

First, because he’s very charismatic and a very good talker. Like so many other gurus, Robbins crafts a message that resonates with almost everyone, convincing people that they have only to “awaken the giant within” to make their lives better. Slick marketing makes it easy to sell the idea that people have the power within themselves to achieve their dreams of money, happiness and a meaningful life. It’s an enormously appealing  message  – and Robbins knows exactly how to deliver it.

As for the content of the material he teaches and writes about in his many bestselling books, it’s the typical New Age mish-mosh that combines neuro-linguistic programming, a hokey concept of brain reprogramming, with the teachings of New Age gurus such as Marianne Williamson, Deepak Chopra, Andrew Weil, and Bernie Siegel. Although he doesn't shy away from dropping the name of "Jesus" at his events, in his book, Awaken the Giant Within, he gives credence to all religious beliefs.

“The question is: which one of these beliefs is the true belief?" Robbins writes. "The answer is that it doesn’t matter which one is true. What matters is which one is most empowering.”

This explains why he praises other belief systems such as Hinduism and Buddhism just as readily as Christianity. Robert Velarde of the Christian Research Institute explains, "Although there appears to be an undercurrent of theism in what Robbins believes, it is indeed vague. Moreover, his teachings are clearly at odds with biblical Christianity."

Velarde correctly concludes, "As he From a Christian point of view, Robbins’s ideas in the area of truth could very well lead people eternally astray. The truth claim, 'Jesus is Lord,' is either true or it is not. Whether it is 'empowering' or not is irrelevant to the question regarding its truth or falsity."

Robbin's latest troubles are just more reason why the discerning Christians should pass on whatever he's teaching.