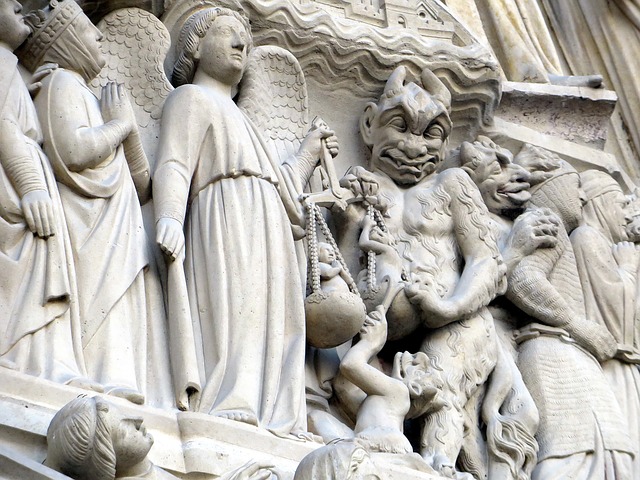 Anonymous asks: “My adolescent age niece recently told me she started reading Soman Chainani's books, School for the Good and Evil. Do you know anything about this series of books?”

Soman Chainani’s books, which are written for children ages 8-12, are riddled with problematic material that Christian parents should be aware of before allowing their children to read them.

For those who have never heard of these books, the plot centers around a recurring event in the village of Gavaldon when two children are kidnapped every four years and enrolled in the famous School for Good and Evil. A beautiful and somewhat arrogant character named Sophie longs to be chosen and hopes that her goods deeds – such as befriending Agatha who lives in the cemetery – will gain her a chance to attend the school.

Eventually, both girls are brought before the School Master who tells them if they want to change their situation they have to solve a riddle: What is the one thing Evil can never have and Good can never do without. The girls decide the answer is Love.

However, the way Sophie goes about proving this answer has little or nothing to do with love. Instead, the girls become embroiled in the strange history of the school. The headmaster falls in love with Sophie and wants to marry her so that she can love him with an “Evil love” that will enable them to hurt, destroy and punish others.

Eventually Tedros becomes interested in Agatha instead of the increasingly evil Sophie. As a result, Sophie uses the evil magic she learned in school to get revenge by destroying the balance between good and evil. Agatha, who has now become good and Sophie evil, have a final confrontation in which Sophie lays dying in Agatha’s arms and whispers that she doesn’t want to be evil. Agathe then kisses her on the lips and Sophie is instantly revived.

According to the Christian reviewers at Plugged In, no Christian beliefs are present in these books. Instead, Agatha is seen praying to no one in particular, “as though she is making a wish.” Students are told at the School of Good and Evil that all children are born with souls that are either good or evil and they are unable to change their nature – thus defying the need for a Redeemer.

“Students at the School for Evil are made to uglify themselves. According to a teacher, only once they’ve destroyed who they think they are can they embrace who they truly are,” the review reports.

There is a great deal of violence and references to killing in these books, such as how students are expected to kill their nemesis if they expect to be happy. In the School of Evil, students are schooled on how to murder in the school and whoever kills in the cruelest way “wins.” Other courses instruct students in casting spells, kidnapping and causing suffering. One of Sophie’s roommates actually refers to her by the Biblical name for Satan – Beelzebub. In addition, Sophie dresses in a seductive outfit that includes a nun’s wimple. One of the classes Sophie teaches during lunchtime is “Building your Body for Sin.”

The reviewer also pointed out the stark gender inequality in the book. For example, if girls get failing grades they are not permitted to get a boy to ask them to the ball while punishment for boys is much milder.

“Girls who need a ball date try to look timid and helpless so boys will take them under their wings. When Agatha points out the inequity of these rules, a male classmate tells her that boys can choose to be alone if they want, but girls who end up alone might as well be dead," the reviewer writes.

Christian parents need to be warned that there is nothing redeeming about the plot and underlying philosophy of these books.