There are so many winter solstice celebrations that I couldn't possibly cover them in all in one blog. You can read a list of them here. 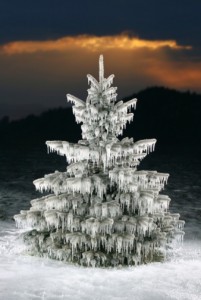 The winter solstice is not a celebration; it's an astronomical event that occurs when the Earth's axial tilt is furthest away from the sun. In high latitudes, this occurs on what is known as the shortest day and longest night of the year - usually around Dec. 21 or 22 in the Northern Hemisphere and June 20 or 21 in the Southern Hemisphere.

Since the beginning of time, cultures have celebrated this and other noticeable changes of season, with rituals, festivals and other celebrations.

For instance, in ancient Rome, the winter solstice was known as Saturnalia in honor of the god Saturn, who they believed was the father of Rome's primary god, Jupiter. The week-long festival was marked by both public and private celebrations where houses were decked with boughs of laurel and evergreen (which symbolize the continuity of life). Lamps were kept burning in homes to ward off evil spirits. With schools and businesses closed, families visited one another and brought "good-luck" gifts of fruit, cakes, candles, jewelry and incense.

The winter solstice continues to be celebrated by pagans, such as Wiccans, who call it "Yule" and mark the occasion in a variety of ways. Some see the season as a time to say goodbye to the old and hello to the new which they mark with Goddess Rituals, the erection of altars and decorating Yule trees which are pine trees. These trees are brought into the house and "blessed" with a prayer invoking the tree "to bless our home with your energy."

In the Hebrew tradition, Hanukkah takes place during the winter solstice. Known as the Festival of Lights, it is an eight-day Jewish holiday commemorating the rededication of the Holy Temple in Jerusalem at the time of the Maccabean Revolt. It is observed for eight nights which occur anywhere from late November to late December in the Gregorian calendar. During these eight days, one of the candles of the mennorah is lit after dark, a ritual that is accompanied by the singing of hymns and/or recitation of the psalms.

In the Christian tradition, this is the time when we celebrate the birth of Christ. Because no one knows the exact date of Jesus' birth, the time for marking the occasion was not uniform for the first few centuries of the Church. For instance, about A.D. 200, Clement of Alexandria makes mention of some theologians placing the day of Christ's birth as May 20. Others suggest it was March 28. 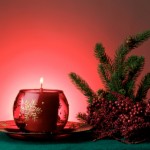 All the evidence seems to point to the selection of December 25 as the day to mark Christ's birth because this date was a well-known solar feast known as Natalis Solas Invicti, which was dedicated to celebrating the birthday of the sun god known as Mithras.  At the time, which was around 300 A.D., Christianity was an up-and-coming religion and was posing a formidable challenge to the sun worshipers, especially after the Edict of Milan issued by the Emperor Constantine I in 313 which allowed Christians to celebrate their faith openly in the Roman Empire. Assigning a huge Christian feast to the same day as that of a pagan sun god was a coup d'etat for the Church not only because it competed with pagan celebrations, but because it offered sun worshipers an alternative (which many of them apparently decided to take because the Church went on to become the largest denomination on the planet while pagan sun worship has shrunk to barely a blip on the radar screen today). As one unnamed theologian asserted in 320 AD, "We hold this day holy, not like the pagans because of the birth of the sun, but because of him who made it."

This Christmas, when the usual "Christmas comes from paganism" rumors resurrect themselves, you now have a comeback. "Christmas did not come from a pagan feast; it replaced it - and quite successfully!"

As for the belief that Christians shouldn't use Christmas trees, sprigs of holly, mistletoe, evergreens, etc. because they were used by pagans to celebrate their feasts, this is also bunk. These items are used universally as symbols of winter because they happen to be among the only things that grow in winter.

The bottom line is that there is nothing wrong with Christians celebrating the astronomical event known as the winter solstice - which roughly coincides with the celebration of Christmas (give or take a few days). What would be wrong is if a Christian participates in pagan celebrations that are designed to give homage to pagan gods or goddess.