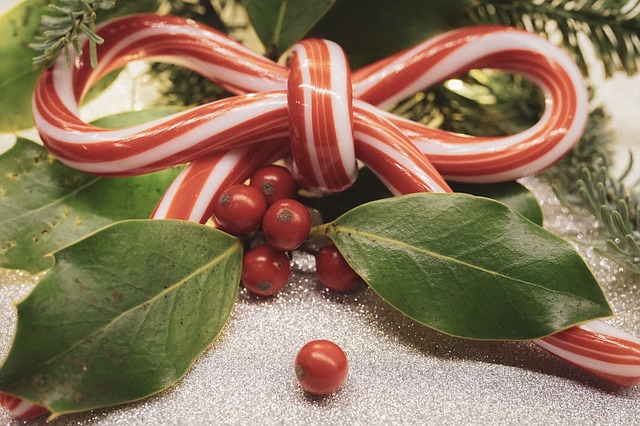 While it’s true that the Druids once believed holly had magical powers, the use of this ancient evergreen on special occasions does not derive from any group in particular.

Holly, which is a type of evergreen, has had many associations over the centuries. In Druid lore, it was connected to several superstitions such as how cutting down a holly tree was said to bring back luck. If it was hung in the home, however, they believed it would bring good luck and protect the home from lightening strikes.

The ancient Romans had their own beliefs about holly, which they associated with Saturn, the god of agriculture and harvest. For this reason, they decorated their homes with the plant during the festival of Saturnalia.

Some sources say that the Romans would send holly branches to one another at the time of new year festivals as a sign of good wishes.

However, Christian beliefs about the plant have nothing to do with superstition. Instead, as Father Saunders describes, the early Christians saw a much more profound symbolism in the plant.

“The prickly, sharp points of the leaves symbolize the crown of thorns in particular and even the nails of the crucifixion, and the red berries symbolize the blood that flowed from our Lord’s wounds. The holly decoration at Christmas, thereby, reminds us that Christ was born to suffer and die for our sins, which would be washed away with His precious blood," he writes.

For this reason, in Norway and Sweden, the holly is called “Christ-thorn.”

This tree is also surrounded by legends and traditional stories, such as how the Holy Family sought shelter under a holly tree when they were fleeing King Herod’s soldiers. The plant’s prickly leaves drove away anyone seeking to do them harm and kept the Holy Family safe until the danger passed. For this reason, our Blessed Mother was said to have blessed the true so that it would be perpetually green.

“Another legend is that the cross was made from holly wood. Because of this connection with our Lord’s passion and death, the tree was marked thereafter with sharp, pointed leaves and blood-red berries,” Father adds.

Less common associations concern the holly’s white blossoms which are said to represent purity and its bark to be as bitter as the gall that Jesus was offered when He hung dying on the cross.

The bottom line is that peoples throughout the centuries have regarded holly in a variety of ways that range from superstitious to devotional.