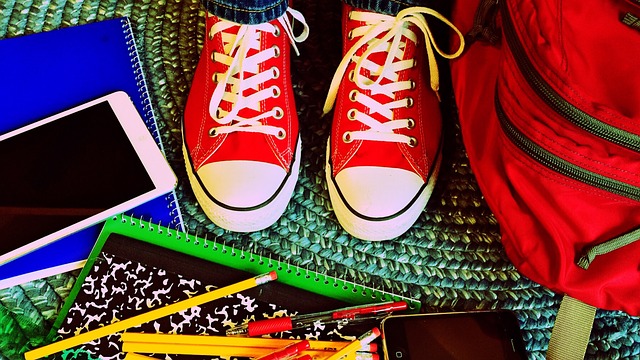 Pasco County Public Schools is facing a legal battle after parents were forced to call upon lawyers to stop a middle school from forcing unwilling teachers to oversee a gender-confused girl who was permitted to use boys’ facilities, and for allowing a school psychologist to direct students to off-premise resources for contraception and sexual activity counseling without parental permission.

Liberty Counsel, a Christian legal organization, was called into the fray between parents and a school district where personnel have adopted a harmful, unauthorized “policy” and practice of promoting LGBT ideology in violation of the rights of students, parents, and teachers, all without school board approval.

Problems have arisen at Chasco Middle School and elsewhere in the district over a so-called “Gender Support Plan” and “Best Practices Guide” which was developed by school psychologist Jackie Jackson-Dean, without school board approval.

“The documents encourage improper locker and bathroom access, the use of false gender pronouns, and withholding of information from parents,” the Counsel reports. “The unauthorized Plan imposes one person’s beliefs about gender over the beliefs of teachers, other students, and parents. The Plan and Guide require teachers to refer to some children by false gender pronouns, rather than pronouns consistent with biological gender, and to promote false ideas about gender to other children.”

Pasco County administrators are apparently willing to try to enforce these unauthorized policies and have threatened and silenced two Physical Education teachers who objected to this Plan in order to allow a gender-confused girl into the boys’ locker room and open showers. The female student had full access to disrobe and even shower alongside unsuspecting boys.

“Administrators tried to force the male teachers to directly supervise and observe the girl in her use of the space,” the Counsel reports. “Both teachers objected to administrators’ refusal to inform minor boys and their parents beforehand, so their sons’ privacy could be protected. The girl remains free to enter the boys’ locker and open showers at any time.”

In addition, the school psychologist also abused her position as the Gay Straight Alliance (GSA) club advisor, in directing students from Pasco GSA clubs to non-district, outside “resources” and “support groups” without parental permission. Unbeknownst to their parents, one of these “resources” is providing contraception, HIV/AIDs “PrEP” drugs, and sexual activity counseling to children, and is encouraging them toward homosexual behavior. The same “resource” also arranges meetings for youth ages 13-22 years old, again without parental permission, and also without subjecting all personnel or affiliates who have contact with Pasco children to background checks.

When a parent confronted the district’s failure to require written parental permission for all clubs, school administrators stated they could not “expect school staff to keep track of parental consent for each and every activity they are operating before or after hours.” However, according to school board policies, staff are expected to ensure that children have parental consent to join after-school care programs, participate in athletics, take medicine, or go on field trips.

In addition, the Counsel learned that Jackson-Dean has also refused a parent’s public records request to review the contents of her “LGBTQ Lending Library” which contains over 60 books as well as magazines, brochures and pamphlets which can be checked out by students, teachers, and parents.

“The Pasco County School Board must take action to reign in these rogue school employees and administrators and reject their unauthorized LGBT policies and practices that violate parental and employee rights and the privacy rights of students,” said Mat Staver, Founder and Chairman of Liberty Counsel. “The Pasco County Schools must take charge to bring its employees into compliance with the law.”