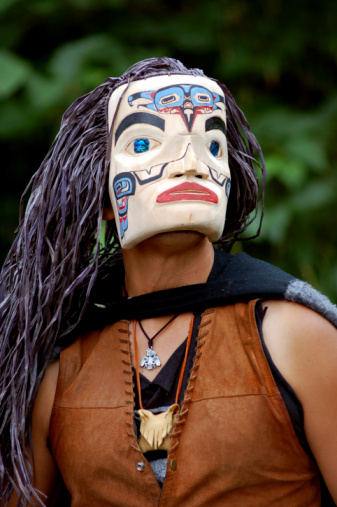 Anyone wondering why so many people are getting involved in the occult these days need only subscribe to the mainstream media where practices such as shamanism are presented as glamorous and trendy with no mention of the dangers involved.

The most recent example of a pro-occult article appeared this month in the Washington Post. Author Lavanya Ramanathan treated the subject of shamanism from a purely secular point-of-view, describing it as some kind of chic “escape into the astral plane” rather than what it is – the deliberate invocation of spiritual entities.

Ramanathan describes one modern shaman as “a stylish woman in her late 30s, with a wrist tattoo peeking from her long, flowy dress.” Shamans are the “preferred healer” of the New York fashion crowd, she reports, and are a part of “a new generation of self-care devotees”: who are taking up “ceremonial sage burnings (known in New Age circles as smudging), singing bowls, Japanese reiki, crystals, Mayan sweat lodges and ayurvedic massages.”

She brags about how a Crystal Energy Comb is selling for $160 and how the “spiritually lost” are seeking “face time with shamans,” paying up to $325 an hour for the “privilege.”

One millennial business owner interviewed, who has her own shamanic consultant, blithely mentions how she got into shamanism after being induced into a trance by drumming.

“You learn on one level to just connect to nature and start to receive messages from nature,” she said.

The woman’s on-call shaman adds, “It’s bringing information from the invisible . . . Somehow, I believe that’s what people are looking for — having access to more than what the world is giving them.”

She goes on to say that today’s shaman isn’t the man in the headdress who hosts “trippy nights in the forests of South America” but is instead a savvy business person who offers a wide array of services. 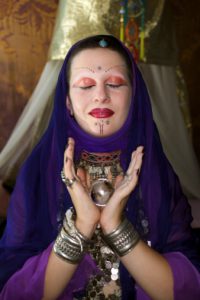 “In Miami, the spa at the Faena Hotel enlisted a Mexican shaman to oversee its ‘healing’ treatments, which aren’t exactly massages so much as spiritual greasings-up (starting at $300), complete with ‘Sacred Oils, butters, resins, healing stones and poultices,’ according to the menu. In the eco-chic Mexican vacation destination of Tulum, shamans lead sweat lodges known as temazcals, drawing seekers nursing broken hearts or stressed-out minds. You can find shamanic drumming playlists on Spotify.”

Others offer ayahuasca, one of the “buzziest drugs of the year and a potent ceremonial psychedelic that turns shamanic journeys, into, well, full-on trips.”

Sadly, Ramanathan’s article is heavy on hype and woefully thin on facts.

For example, the ayahuasca she describes as being one of the “buzziest drugs of the year” has been at the center of numerous mysterious deaths, sexual assault, and even insanity at the hands of unscrupulous shamans who mix it with a little “toe” (aka witchcraft plant) which is a powerful hallucinogen.

As for the shamanism that Ramanathan claims people are pining for, it’s only the kind being promoted by the make-believe tripe contained in this article - which does not even remotely resemble the real thing.

Shamanis is a belief system which is based in animism – that is, a belief that all created things have a soul and consciousness. Mountains, woods, forests, rivers, and lakes are perceived to possess spirits and to be living, thinking impassioned beings like man. Animists believe the world is pervaded by these spiritual forces that hover about man at all times and are the cause of his mishaps, pains and losses.

Because man is thought to be helpless against these spirits, he relies on the services of a shaman who knows the appropriate words and acts to perform that shield man from harm and envelope him in a kind of protective armor so that the evil spirits become inactive or at least inoffensive.

There are several means by which a shaman controls the spirits. The most common is symbolic magic which is based on the principle that association in thought must involve a similar connection in reality. For instance, placing “magical” fruit-shaped stones in a garden is thought to insure a good crop. To bring about someone’s death, symbolic magic calls for the creation of a doll-like image of the person, then piercing it with sharp instruments.

Fasting with solitude is another method and is usually accompanied by incantations or mantras, some of which mimic the sounds of nature where the targeted spirit is thought to reside, such as in a growling bear or screeching owl.

Dances and contortions with rattles and drums are also common. The frenzied pace of these dances is meant to invoke an ecstatic state. Some tribes, such as those in South America, use drugs to induce this state.

Possession by a spirit is another device. In some cultures, such as Korea, the shaman is thought to have power over the spirits only because he or she is possessed by a more powerful demon.

In other words, shamanism is all about consorting with spirits, even to the point of allowing oneself to be possessed by them.

But that’s perfectly okay in the media’s fantasy land because New Agers don’t believe in anything as un-trendy as a demon. They think anyone who believes in these beings is a fanatical throwback to a bygone era. Instead, they invent a variety of cutesy names such as avatar, spirit guide, ascended masters, etc. and convince themselves that they aren’t what they are – demons. This is in spite of the fact that there isn’t a shred of evidence that avatars, spirit guides, and ascended masters exist. Contrast this with centuries of documentation by trained exorcists on exactly who is operating behind these cute labels – Satan and his minions.

We can’t blame Ramanathan for neglecting to provide the public with a comprehensive look at the subject of shamanism. Those of us in the field of journalism know that the highly unfashionable truth would never get past the outlet’s editors.

But the truth must be told nonetheless.

Shamanism hasn’t changed, just our perception of it – and because of articles like this one, too many people won’t discover the truth until it’s too late.