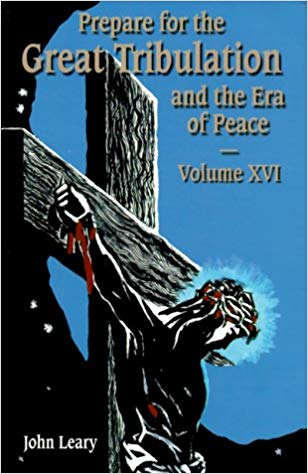 LT asks: “What is the status of John Leary and his messages? Has he been approved by the Church?”

No, John Leary, who claims to be receiving messages from Jesus, Mary and the saints, does not have Church approval.

Leary, a retired chemist who lives in the suburbs of Rochester, New York, has published more than a dozen volumes full of messages allegedly from Jesus, Mary and the saints, warning about the coming of the anti-Christ. Although a deeply devout Catholic, his works are riddled with sometimes sensational messages.

For example, Leary claimed that the anti-Christ would form an alliance with the pope who would replace John Paul II and this this “false pope” – meaning Pope Benedict XVI –  would work with the anti-Christ to undermine Church teaching. Obviously, none of this has come true.

Leary also made predictions about people being implanted with computer chips that would control their minds, and that some would be marked on their foreheads with the “Seal of God” both before and after the Warning. This prophecy is not substantiated by Scripture, specifically Revelation 7, which makes no mention of people being given this mark at different times.

These are just a few of the problems with Leary’s books, which are published under the title, Prepare for the Great Tribulation and the Coming Era of Peace. Each volume diaries messages Leary says he has been receiving since July of 1993.

According to this article appearing in the Diocese of Rochester’s Catholic Courier newspaper, Bishop Matthew Clark established a commission of clergy and laity with expertise in spiritual theology and psychology to study Leary’s writings. Although they found him to be “psychologically sound and spiritually serious,” they believed that he was mistaking ordinary mental prayer to be supernatural communication.

Thus it was determined that John Leary’s messages are not supernatural in origin. Instead, Leary had mistaken the “normal workings of the mind in the processes of mental prayer for supernatural locutions” and that these locutions were “ human in origin, not divine.” The bishop also directed Leary’s to include a warning to readers that the material in his books contain a number of doctrinal errors and was asked to seek theological advisement before publishing any more books.

Father Joseph A. Hart, diocesan vicar general and Pastoral Center moderator, told the Courier that Leary agreed to cooperate with the wishes of the Bishop.

Leary does maintain a website entitled, Mary Refuge of Holy Love, and continues to promulgate his messages.