By Susan Brinkmann, OCDS Staff Journalist In response to recent reports that 39 percent of all pregnancies in New York City end in abortion, Archbishop Timothy Dolan re-affirmed the Archdiocese's commitment to provide all women in difficult pregnancies with all the help they need. 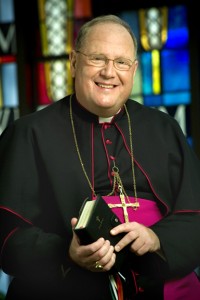 CBSNewYork and The Associated Press is reporting that the Archbishop made the promise yesterday afternoon during a meeting with religious leaders yesterday that was called to address the city's high abortion rate. “I re-affirm Cardinal John O’Connor’s promise of a quarter-century ago that every woman facing a difficult pregnancy will be provided with free, confidential help of the highest quality from the Archdiocese of New York,” said Archbishop Dolan. A report issued last month by the city's health department found that 39 percent of the 225,667 pregnancies in the city in 2009 ended in abortion.  The Bronx had the highest rates with 46 percent of all pregnancies ending in abortion. Blacks accounted for the highest number of abortions at 40,798 with Hispanics coming in second at 28,364. These numbers are nearly twice the national average of 23 percent. Even though the practice of abortion is not likely to end soon, the Archbishop said it was important "to tell people what is happening" and help pregnant women understand their choices. “We are prepared to do everything in our power to help you and your unborn baby to make absolutely certain that you need never feel that you have no choice but an abortion,” Archbishop Dolan said. According to the Wall Street Journal, the religious leaders also criticized public schools sex education programs that include condom distribution. © All Rights Reserved, Living His Life Abundantly®/Women of Grace®  http://www.womenofgrace.com