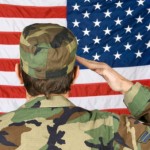 Chances of repealing the controversial ban on homosexuals serving openly in the military any time soon have all but evaporated after a Senate vote on the measure fell short by three votes. The Washington Post is reporting that a procedural vote on overturning the 17 year-old ban failed to pass in the Senate, sparking outrage among homosexual groups and some lawmakers who blame Senate Majority Leader Harry Reid (D-NV) for prematurely forcing a vote on the matter.  Even though key supporters of the repeal such as Senators Joseph I. Lieberman (I-CT) and Susan Collins (R-ME) say they plan to introduce a new piece of legislation, there is no time left in the current congressional calendar to bring up another vote. With increased conservative numbers in the Senate coming to Capitol Hill next year, passage seems unlikely. This raises the possibility that in order to overturn the ban any time soon, the federal courts will have to step in. A challenge to the ban is currently winding its way through the judicial system. Brought by a homosexual activist group known as the Log Cabin Republicans, a lower court judge overturned the ban in October of this year, but the U.S. Supreme Court ultimately ruled to keep the ban in place pending a resolution in the case. Lawyers for the Obama Administration argued that a court-ordered end to the policy would have harmful effects on the U.S. military and hamper an "orderly" transition to a more gay-friendly military should lawmakers decide to overturn the law. After Thursday's defeat, which put an end to more than two years of efforts by gay rights groups to make sure the president made good on his campaign promise to end the ban, the president is now weighing his options. He could order the Justice Department to stop appealing all court challenges to the law or use his powers as commander-in-chief to issue what is known as a "stop loss" order that would halt military discharges of gay troops. "I think the president strongly believes that one of two things is going to happen: Either Congress is going to solve this legislatively, or the courts are going to decide this," said White House press secretary Robert Gibbs before the vote. "And the policy is going to come to an end." Executive action by Obama is "imperative in order for him to fulfill his State of the Union promise," said Joe Solomonese, president of the Human Rights Campaign, a gay rights organization with close ties to the White House and congressional Democrats. "The only measure of success is an end to the discharges, and anything less is unacceptable." "This is the second time in 2010 that the U.S. Senate has rejected an insistent liberal social agenda and delivered a victory for the men and women of our Armed Forces," said Marine Corps veteran and Family Research Council President Tony Perkins. "Despite continued attempt s by Senate Majority Leader Harry Reid to use the military to advance this agenda, a bi-partisan group of senators has soundly declared that they will side with the priorities of the American people. First and foremost, Congress must address the impending tax increases and budget issues. "Senator Reid should do his job, enable the Senate to fund critical government programs and ensure that the American people do not see one of the largest tax increases in history on January 1. Instead, he is playing the role of a not-so-secret Santa and pandering to the liberal constituencies that helped get him reelected.  © All Rights Reserved, Living His Life Abundantly®/Women of Grace®  http://www.womenofgrace.com