ST asks: "I heard somewhere that it is possible for demons to enter into our house pets in order to harass us. Is this true?" 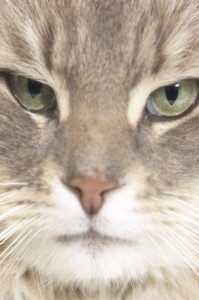 According to Rome's chief exorcist, Fr. Gabriele Amorth, it is entirely possible. In fact, it's scriptural. Remember when the legion of demons who had been infesting the Gerasene demoniac (Mark 5: 1-20) asked Jesus to be allowed to enter into a herd of swine? According to Fr. Amorth, this phenomena is extremely rare, but possible. In his book, An Exorcist Tells His Story, he writes about an inexperienced exorcist who ordered a demon to enter a farmer's family pig. "The animal became savage and attacked the farmer's wife. Needless to say, the pig was immediately killed," Fr. Amorth writes. Animals can and have been used by demons and their human partners to harass people. For instance, Fr. Amorth tells the story of a warlock who used his cat to deliver cursed items to their destination. "Here I would say the master was possessed, not the animal," he writes. Sadly, animals and their body parts - particularly entrails - are frequently used by witches and warlocks for magic rites. Exorcists say the most frequently used are toads and cats. The good news is that even though the infestation of animals is possible, "so is the blessing of deliverance," Fr. Amorth writes. We can pray over our animals just as we pray over anyone else. It is also interesting to note that instances of exorcism performed on houses, animals and things exists from as far back as the first century. This is why the Catechism of the Catholic Church speaks of exorcism not only for persons but also for objects (No. 1673).