NOTE: This blog was reviewed and updated in May, 2020

LH wrote to me and expressed concern about a family member who was becoming too interested in ghosts. 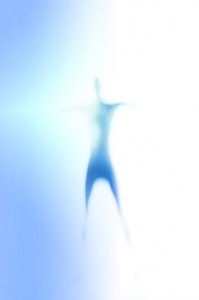 There is so much that could be written about this subject, but because this is just a blog and I don't want to burden readers with a lengthy post, I'm going to focus on just the essentials.

According to The Church and Spiritualism by Herbert Thurston, S.J. (1856-1939) one of the world's leading authorities on spiritualism:

1) the Church has not pronounced upon the essential nature of spiritualistic phenomena such as ghosts; (See Catechism #2116) 2) the Church forbids the faithful to take part in any spiritualistic practices (seances, mediumship, and other means of conjuring the dead) 3) the Church suspects diabolical agencies may be responsible for those manifestations that do occur.

During his day, when seances were all the rage in parlors from London to New York, Fr. Thurston's extensive experience in the field led him to conclude that while "outside intelligences" do exist and can communicate with us, most of them are mocking and freakish spirits who can be brutal, licentious, malevolent and who have a penchant for lying.

Respected mediums of his time claimed that the spirit world was inhabited by a dangerous collection of beings and warned that the chance of making genuine communication with the spirit of a dead loved one (and not a demon) is about ten to one.

Anyone who watches programs such as The Haunting can attest to the fact that this is still true today. Many of the spirits who plague the families in these modern-day stories often require a priest and exorcism to get rid of.

Why devils are usually behind hauntings and seances appearances is a matter of plain logic.

When we die, our soul leaves the body and we essentially become just a "mind" or what some refer to as a "disembodied soul."  According to Cardinal A. M. Lepicier in his book, The Unseen World, we will all receive special intellectual abilities from God at the moment of death that will enable us to function without our bodies. This is needed because all of our thought processes are based on the material world of the senses - sight, sound, taste, feeling, etc. - things that will no longer be available to us.

It follows then, that after we're cut off from our senses, we will also lose the ability to communicate with the material world.

Theologians teach that "Part of being a physical and spiritual creature means that we use our physical bodies to communicate with physical creatures on earth. Humans have no natural power, either in this life or in the next, to communicate with the material world apart from their bodies. Any such ability would have to come from either a preternatural source (an angel or a demon) or a supernatural source (God)." (Fr. Robert Allgaier, "The Ouija Board: A Game or a Gamble?" Envoy Magazine, May/June, 2000)

This makes perfect sense because the bodies of disembodied souls are rotting in a grave somewhere, which means there is no body that can appear in a ghostly apparition, no voicebox that can produce a sound, no hands to throw pots and pans around in the middle of the night.

So how do they "haunt" a house or appear at a seance? They call upon a supernatural (God) or preternatural source (angels/demons) to assist them.

We already know that God is all Powerful and therefore capable of doing these things, but most people don't realize that angels and demons are possessed of incredible powers that make them more than capable of manipulating and transforming matter. In other words, they can easily take on the shape and characteristics of a particular person.

But would God allow this? Yes, for specific reasons. Scripture and Tradition tell us that God and His angels sometimes cooperate in appearances of the dead such as in the case of saints who appear to the faithful to warn them or when souls in purgatory are permitted to appear to ask for prayer.

However, we also know from Scripture that God and His angels would never cooperate in anything as frivolous as appearing during a seance or moving around the planchette of a Ouija board. (See Deuteronomy 18:10; Leviticus 19:31, 20:6 and 20:27; Isaiah 8:19, etc.) God explicitly condemns these kinds of activities in the Bible and would never contradict Himself by cooperating with them, nor would He allow one of His angels do so.

This leaves only one other possibility for who might want to cooperate with mediums who are conjuring the dead - the devil.

We already know the devil has the power to do this, and his fanatical hatred for God and man gives him the motive to do so. Even though the devil can do nothing that God does not permit him to do, we all know that the devil is permitted to tempt man in a variety of ways, including this one.  (See Catechism #395)

The likelihood of demonic involvement in ghosts is amply backed up by a pile of evidence collected by both science and the Church, more than enough to determine that the spiritual realm is fraught with danger, especially for the ill-informed, which is why the Church has so wisely forbidden all involvement in this area.  (Remember The Exorcist? This movie was based on the case of a little boy who was using a Ouija board to communicate with who he thought was a favorite aunt who had recently died. We all know how that story ended!)

But what should really makes us question the "who" behind the hauntings is the fact that for all the appearances of other-worldly souls, not one (except Jesus, the Blessed Mother and the saints) has ever told us anything worthwhile, such as warning us about Sept. 11 or how to solve any of the many complex issues of our day. Compare this rather dismal record to just one of Mary's apparitions - at Guadalupe -  where she put an end to the senseless slaughter of millions of "human sacrifices" to Aztec gods.

There is so much more to say, but this blog is already way too long. If you have any more questions on this subject, just send them to me at newage@womenofgrace.com and I'll address them in separate posts.