MP asks: "Is Transactional Analysis [TA] New Age? It is being used or included with Catholic Inner Healing retreats by some well-intentioned people here in India." 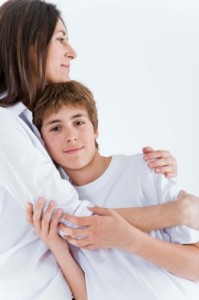 Although I'm not a psycho-therapist and can only offer an opinion as a layperson, I can say that there are definitely problems associated with Transactional Analysis (TA) which mostly concern the fact that it got mixed up with reparenting a few decades ago and never recovered. Reparenting is a quack therapy invented by Jacqui Schiff, author of All My Children which involves taking patients back to their childhood and "reparenting" them in order to cure them of various problems and phobias. These methods are considered to be pseudoscientific, but they do incorporate some elements of TA. In fact, Schiff was a member of the International Transactional Analysis Association where her controversial views were accepted for a time, which caused a split in the ranks of TA practitioners, those who support reparenting and those who do not. For those who have never heard of TA before, Transactional Analysis is a psychotherapy modality with roots in psychoanalytic, humanist and cognitive therapies. It was developed in the late 1950's by a Canadian psychiatrist named Eric Berne who made the approach widely known through his book, Games People Play - The Psychology of Human Relationships in 1964. Although it's popularity waned in the U.S. in the 1980's, it can still be found in a variety of self-help programs used in business, education and the communications fields. According to the International Transactional Analysis Association, TA "is a theory of personality and a systematic psychotherapy for personal growth and personal change." As a theory of personality, TA describes how people are structured psychologically, using it's best known model, the ego-state (Parent-Adult-Child) model, to do this. This same model helps explain how people function and express their personality in their behavior.  It also offers a theory for child development by explaining how our adult patterns of life originated in childhood and that we continue to re-play childhood strategies even when they result in pain or failure. As I said, it was initially very popular and promising in the field of psychology until it became mixed up with reparenting - something that can best be described in one word - BIZARRE. Reparenting grew out of the work of two therapists, Marguerite Sechehaye and John Rosen during World War II, who experimented with schizophrenic patients by combining regression techniques with authoritarian control to cure the condition. For instance, Sechehaye once took in a 21 year-old schizophrenic woman named Rene who she fed and parented for 10 years. The girl called her "mama" and she would sometimes be fed while lying against Sechehaye's breast to symbolize breast feeding. As odd as this sounds, later versions of reparenting became even more overt such as in the case of Jacqui Schiff, a Virginia social worker who turned her home into a care facility for severely disturbed young adults. Her theory about reparenting was born when one of the patients, a young man named Dennis, grew very upset, curled himself into a fetal position on Schiff's lap and attempted to nurse. She began to mother Dennis, and plenty of other patients, referring to them as "our babies" and saying in her book that she "put all our babies in diapers and feed them from bottles and let them sleep as much as they like." (I'm not making this up.) The authorities in Virginia closed the place down in 1971, saying that "it endangered the health, safety, welfare, and lives of the patients." But this didn't stop Schiff. She merely moved to Alama, California and opened up another home where one of her patients died after being scalded in a very hot bath. Her adopted son, Aaron (the same young man once known as Dennis who climbed into her lap) pleaded guilty to a reduced charge of involuntary manslaughter in the case. I could go on and on, but I think this should give you a good idea why TA eventually fell from grace in the U.S., even though the International Transactional Analysis Association eventually disavowed reparenting after Schiff refused to submit her work for peer review. Unfortunately, it was too late and TA was never able to gain back its former momentum, nor did it ever gain much traction among professionals in the field.  But it remains popular elsewhere, such as in India where MP tells us it is being offered in the context of Catholic inner healing services. Personally, I would not become involved in TA no matter where it's being offered, not because it's New Age, but because many of its practitioners are aligned with reparenting as well as an even more extreme version known as rebirthing. It is also incorporated into many of the self-help programs found in the Human Potential Movement which are imbued with New Age philosophies. However, if you feel as though you must become involved in TA, I would take a few precautions. First, make sure the person who is offering it is a licensed psychotherapist. If not, head for the door. If the person is a psychotherapist, he or she should be questioned as to whether or not they subscribe to reparenting, and if any of those techniques will be used.