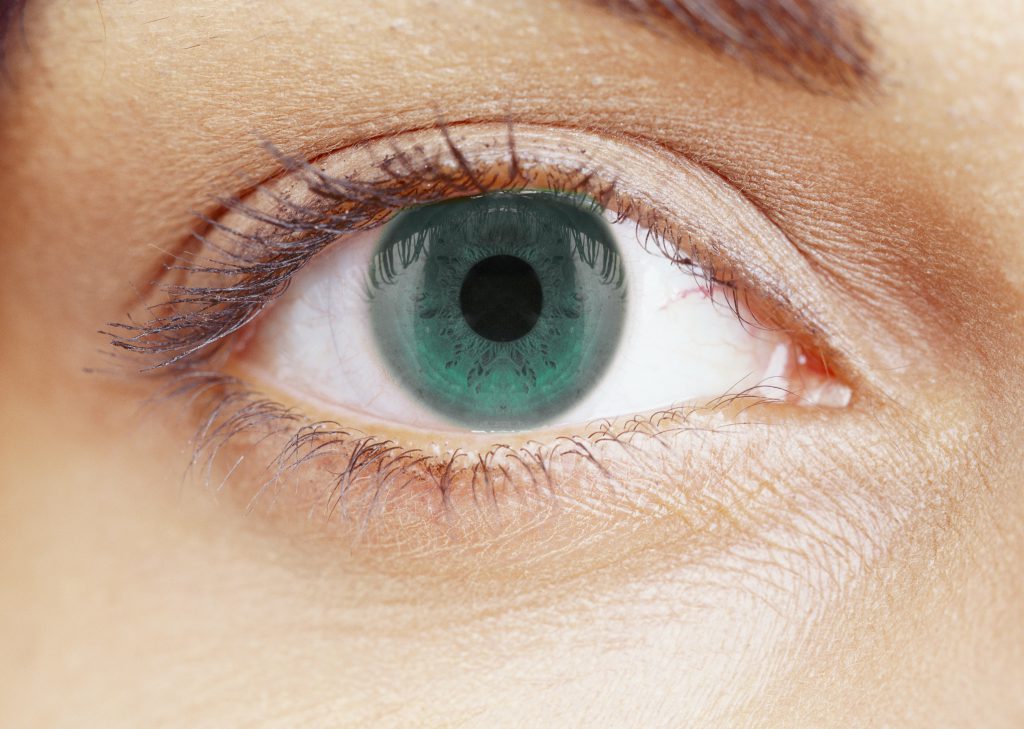 The is the second of a two-part question from AR: “ . . . (M)y mother is very much into alternative medicine and healthy eating, etc, and I grew up going to an iridologist and have been amazed at some of the things she picked up on in my body.  For instance, she noticed "irritation" in my lower back, and a few years later, due to strenuous activity, I thought I had developed a seriously problematic spinal condition, but doctors said I was either born with or it happened when I was a baby and was just aggravated by the activity.  Anyway, even if you think iridology is bologna, it doesn't seem to be problematic with our faith, as it’s not like its reading palms or anything whacky like that...it is looking at the iris and seeing if something is not quite right.  BUT, I still wanted to check with you all.”

It’s a good thing you decided to check about iridology because although this might seem to have little or nothing to do with the occult, appearances can be deceiving!

But before I get into that, let me just explain what iridology is to our readers who may not be familiar with this practice.

Iridology is an alternative healing method based on the belief that each area of the body is represented by a corresponding area in the iris of the eye. Practitioners believe the color, texture and location of various pigment flecks in the iris can offer important clues about a person’s state of health and even reveal their past medical history. For instance, a black speck in the iris is believed to indicate that the appendix has been removed. The innermost blue circle in both eyes is said to reveal the health of the stomach and the topmost quadrants are said to represent the brain (cerebrum and cerebellum) and other parts of the head, etc.

There is no scientific support for iridology. In fact, controlled experiments have proven that there is no  correlation between illness in the body and markings or changes in the iris.

One test involved Bernard Jensen (1908-2001), the leading American iridologist and two other practitioners who failed to identify kidney disease in patients during a controlled experiment that took place in 1979. Not only did they fail to diagnose the patients who actually had kidney problems, they misdiagnosed 88 percent of the normal patients with one practitioner claiming that 74 percent of them were sick enough to need kidney treatment.

Another test, conducted a year later, had a similarly disastrous result. This one involved a leading Australian iridologist who examined photographs of 15 patients who had 33 different health problems. The iridologist did not correctly diagnose any of the problems - not one! And this was the leading iridologist in Australia!

Even though there have been some studies producing positive results, Dr. Edzard Ernst issued a review of all published reports on iridology in 2000 and found that none of the tests that produced positive results were properly designed.

“Might iridology be doing any harm? Waste of money and time are two obvious undesired effects,” he concluded. “The possibility of false-positive diagnoses, ie, diagnosing—and subsequently treating—conditions that did not exist in the first place, seems more serious. The real problem, however, might be false-negative diagnoses: someone may feel unwell, go to an iridologist, and be given a clean bill of health. Subsequently, this person could be found to have a serious disease. In such cases, valuable time for early treatment (and indeed lives) can be lost through the use of iridology.”

For the Christian, there are more than just physical risks associated with iridology. The connections between this practice and the occult pose serious spiritual risks as well.

An extensive four part series on iridology written by Dr. John Ankerberg and Dr. John Weldon of the Ankerberg Theological Research Institute describes the many connections between this practice and the New Age and the occult.

First of all, iridology has historic ties to the occult, particularly astrology, Ankerberg writes. He cites the work of Samuel Pfeifer, M.D. author of Healing at Any Price, who says iridology can ultimately be traced to Chinese astrology practiced 4,000 years ago.

“ . . . Ancient Chinese astrologers taught that the organs of the big world (macrocosm) of man were reflected in the small world (microcosm) of the eyes,” Ankerberg writes.

That these beliefs are embraced by modern-day iridologists is evident in Armand Ian Brint, a leading practitioner who writes in The Holistic Health Handbook: “In iridology, the macrocosm and microcosm are linked in our eyes. . .  Iridology may be summed as the observation of the change that arises from the interplay of various levels of consciousness and results in one’s unique evolution into greater [occult] truth and light.”

But there are other connections between iridology and the New Age and the occult. Many practitioners believe that clues about the “integrity” of the body’s “energy” (as in chi) can be found in the eye. When asked how one can diagnose the energy condition of the body based on the energy condition of the eye, practitioners admit that psychic powers and even spirit guides are used.

A leading authority on the occult, Dr. Kurt Koch confirms in The Devil’s Alphabet  “many of our healers and occult practitioners use eye-diagnosis mediumistically . . . That means that they are only interested in the iris as a mediumistic contact. In this way the human eye serves as psychometric purpose in much the same way as hand lines do when a fortune teller uses them . . .”

Even though some practitioners may seem able to diagnose hidden problems, such as AR’s iridologist did with her back problems, the question we need to ask is how did they come by this information? If science has proven that there is no link between markings in the iris and the body, what other source are they drawing upon to discover this information? Are they relying on occult powers or just making a few lucky guesses?

My advice is to stay away from iridologists, no matter how effective and well-meaning they may appear to be.

UPDATE: As of 2019, there is still no quality research to support the efficacy of iridology.