TAN asks: "There is a new treatment for pain relief in many family doctors and sport medicine office.  Would you please share your finding about FSM-Frequency Specific Microcurrent.  Is it against Catholic teaching?" 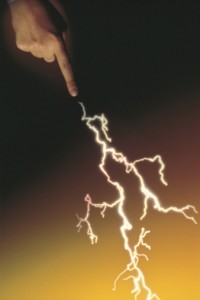 What I have read about FSM makes me leery of this practice - not because I suspect it to be New Age but because it has very little peer-reviewed research behind it - something that does not bode well for any treatment that a person is subjected to. Even though proponents of alternative medicine are quick to blame the evil pharmaceutical companies and greedy MDs for forcing them to come up with other treatments, human beings have an inherent dignity that deserves respect from those who profess to be healers - whether alternative or conventional - and using untested methods is no way to show this respect. For those who have never heard of it, FSM was invented by a chiropractor named Carolyn McMakin of Portland, Oregon and consists of applying a micro-amp current to certain areas on the body. A micro-amp current is the same kind of current the body produces on its own within each cell. It is so small that nothing can be felt and the only way you know a current is being delivered is by watching the meter on the machine through which it is administered. Practitioners set the frequency and current on the machine, then transfer it to the patient via graphite gloves worn by the practitioner as they "lay hands" on the patient. The FSM machine is licensed by the FDA, but can only be used for pain management purposes. According to McMackin's website, the treatment is used primarily to eliminate pain such as that associated with fibromyalgia. "Shingles responds very well to only one frequency combination that eliminates the pain in 20 minutes and causes the lesions to dry up and disappear in approximately two to three days. There is one frequency combination that so far has been 100 percent effective in eliminating kidney stone pain. This frequency combination does nothing to remove the stone; it only eliminates the pain. The frequencies have created observed effects in asthma, liver dysfunction (reducing elevated liver enzymes), irritable bowel and many other conditions. It has been observed that patients who are treated within four hours of a new injury including auto accidents and surgeries have much reduced pain and a greatly accelerated healing process." Proponents claim FSM is a descendant of the electromagnetic therapies used in the early 20th century, practices that were banned in 1934 by the American Medical Association because they were considered "unscientific." However, the frequencies could still be found in the books, articles and the manuals that came with some of the old devices and, in 1994, McMakin began to experiment with frequencies she obtained from her family's osteopath. Once it was determined that they caused no harm to patients, she used them in her own practice to see if any positive effects could be observed. "The results were immediate and fascinating," she reports on her website. "The frequencies appeared to do exactly what they were alleged to do as described on the list. The frequency said to 'decrease inflammation,' reduced redness and swelling but had no other effect. The frequency to 'reduce scar tissue' increased range of motion and softened tissue but had no effect on inflammation, redness or swelling. The frequency to stop bleeding reduced bleeding in the menses and reduced or eliminated bruising if used immediately after an injury or surgery but had no effect on inflammation, scar tissue or range of motion." While this sounds great, the problem is that there is very little in the way of sound published research to back up these claims.  One study tested the use of frequencies to reduce the swelling in the ears of hairless albino mice that had been painted with an acid. FSM was found to reduce the inflammation by 64 percent within four minutes of the treatment.  Another study conducted in 1982 found that the use of micro-currents increased cellular energy by 500 percent and increased protein synthesis in rats.  However, whenit comes to humans, the ranks of published studies is scarce. The two tests I found that were conducted on human subjects, both published in the Journal of Bodywork and Movement Therapy in 2004 and 2005, had small sample sizes and were conducted by McMackin, who has a rather obvious vested interest in proving the benefits of this treatment. While FSM may not be "New Age" in itself, most of the practitioner websites that I visited were chiropractors who were also offering New Age healing methods such as reflexology, aromatherapy, acupuncture, cranial sacral therapy, etc. along with FSM, which is all the more reason to be on the alert about this therapy.  Send your New Age questions to newage@womenofgrace.com