A British hypnotist is putting the dark side of his craft on display as he teaches exotic dancers a special technique to open mens' minds to suggestion in order to glean more money from them. 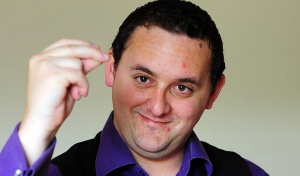 The Sun is reporting that Grant Saunders, a stage hypnotist and comedian, was called in to Cleopatra's Lounge in Huddersfield England by owner Jason Armitage who was looking for ways to get more money out of his patrons during the recession.  "They will use a technique called anchoring," explained Saunders, 34. "The man's subconscious mind becomes open to suggestion as a dancer speaks to him and gives him a little touch on the shoulder or the knee." However, no one will be put into a trance, he said. "It's just about making them better saleswomen." "My girls could earn £5,000 ($8,000) a week a few years ago," Armitage told The Sun. "Now they're lucky to make £500 ($800)." Dancer Sabrina, 25, said, "I never say never to learning anything." This is a perfect example of how hypnosis, particularly of the stage variety, can be used to manipulate people in inappropriate ways. Using hypnosis for the purposes of entertainment such as what is being described above has been repeatedly condemned by various medical associations because of the danger of adverse posthypnotic reactions to the procedure. For this reason, numerous countries have either banned or severely limited the application of hypnosis for anything but legitimate medical purposes. It's not hard to see why the unsavory characters who can't resist the temptation to take people under their control would be attracted to hypnosis. I have read stories about people suffering all kinds of injuries during hypnosis stage shows, everything from broken bones caused by on-stage falls to psychosis and depression. This is why the Catholic Church has warned – but not condemned - the use of hypnotism by the faithful. “She has condemned only abuses, leaving the way free for scientific research. According to a Response of the Holy Office of June 2, 1840, cited in the Catholic Encylopedia: "The use of magnetism, that is to say, the mere act of employing physical means otherwise permissible, is not morally forbidden, provided that it does not tend to an illicit end or one which may be in any manner evil." Once we understand all this, it's easy to see why stage hypnotists like Grant should be avoided. As DVEntertainment states in a bio about him: "Grant uses the power we all have locked in our minds to create a fun filled, action packed hilarious stage hypnosis show where almost anything is possible." And not all of those possibilities are fun.