By Susan Brinkmann, OCDS Staff Journalist At the current rates, the world's Muslim population is expected to double the rate of non-Muslims over the next 20 years. 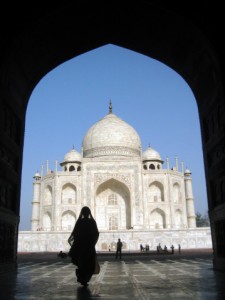 According to The Washington Post, the study, "The Future of the Global Muslim Population," conducted by Pew Research and the John Templeton Foundation, found that the number of Muslims in the U.S. will more than double in the next 20 years, from 2.6 million today to 6.2 million by 2030.  The growth in the Muslim population is due primarily to their relatively high birth rate, the larger number of Muslims of childbearing age and an increase in life expectancy in Muslim-majority countries. On a global scale, Muslims currently make up 23.4 percent of the world's population of 6.9 billion; in 2030, that percentage will be 26.4. Among the report's projections: •  Muslim populations in some parts of Europe will reach the double digits, with France and Belgium at 10.3 percent by 2030. •  Pakistan will overtake Indonesia as the world's most populous Muslim nation. •  Muslim population growth and fertility rates will continue to decline. The findings could either fuel critics of Islam in Europe and the U.S. who believe the religion is at odds with Western values, or it could reassure some by providing evidence that even with this kind of growth, the Muslim population in the West will remain relatively small for years to come. There is not expected to be a dramatic shift in demographics over the next few decades with 82 percent of the world's Muslims continuing to live in Asia, the Middle East and North Africa. That number will drop to 79 percent by 2030. In spite of many high profile cases of forced conversion in Muslim nations, the report found that conversion will play only a small role in these increases. Even though the data available on conversion is scarce, what little there is suggests Islam loses as many adherents as it gains. The authors of the study admit some limitations, saying that the projections "inevitably entails a host of uncertainties, including political ones. Changes in the political climate in the United States or European nations, for example, could dramatically affect the patterns of Muslim migration." It's also important to note that the analysis is based on people who identified themselves simply as "Muslim" without taking into account their levels of belief or practice. © All Rights Reserved, Living His Life Abundantly®/Women of Grace®  http://www.womenofgrace.com