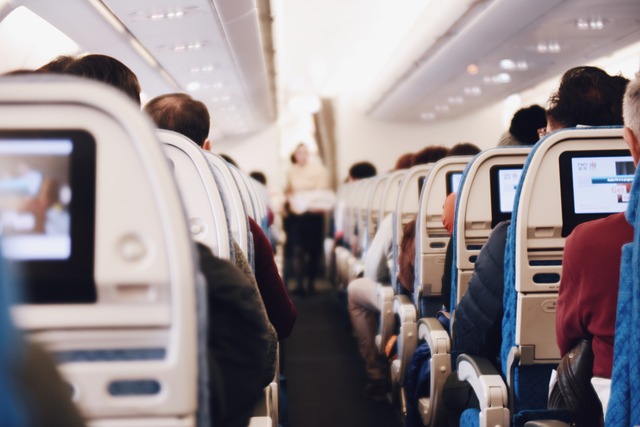 A 49-year-old Florida woman wearing a “Hail Satan” t-shirt featuring an inverted cross was asked by airline crewmembers to either cover up the offensive shirt or get off the plane.

The New York Post is reporting on the incident in which Swati Runi Goyal was confronted by American Airlines crew members when she boarded the plane sporting a t-shirt that read “HAIL SATAN” in all-caps, “Est. 666” with an upside down cross beneath it. Goyal reports that she was already seated with her husband when a crew member approached and told her that the shirt was offensive and to change it or get off the plane.

“The gentleman asked me if I understood what ‘offensive’ meant,” Goyal told The Post. “I said, ‘I’m a foreign-born minority woman. I know what my T-shirt means and my T-shirt is not offensive.’”

Goyal admitted that she is both an atheist and a member of the Satanic Temple and said she bought the shirt to support the church. She claimed to be a supporter because she believed in its tenets, which include showing “kindness to all creatures.”

“It’s usually met with giggles and thumbs up from people who get the irony of the T-shirt,” she said.

“I’m not goth. I don’t have piercings. I wasn’t wearing a shirt that had a goat being beheaded on it,” she told Buzzfeed. “[I was] wearing L.L.Bean hiking pants and vegan sneakers.”

Even though Goyal did not believe the shirt was offensive, the crew members were adamant and even delayed takeoff to summon a customer service again who came aboard and insisted that Goyal could not fly in the “Hail Satan” shirt. It was not until she agreed to cover up the shirt that they allowed her to remain on board.

However, she said the crew avoided eye contact with her during the flight to Las Vegas and ignored her when the drink cart came around. Later, when American Airlines refused to investigate the matter, she turned to social media.

“I’m really trying to make some good deeds come out of this. This is really about religious discrimination,” she told the Post. “Because they treated me this way, I can only imagine how they’re treating other religious groups like Muslims.”

American Airlines eventually apologized to her for the episode and refunded her tickets.

Although Goyal was able to hide behind First Amendment protections, the fact that anyone would wear such a shirt in public speaks volumes about our downwardly spiraling culture. Whether she meant it or not, the message she chose to present to the public is highly offensive to believers in Jesus Christ. We can only wonder why, if Goyal demands to be tolerated, she couldn’t show more tolerance for the Christians she is offending every time she wears that shirt in public. Perhaps this is the kind of “kindness to all creatures” that she admires in her friends at the Satanic Temple, the kind that can be described in one word – phony.