Commentary by Susan Brinkmann, OCDS Staff Journalist The Obama Administration has created a new position in their communications department that is intended to build up the president's online presence and squash any negative stories. 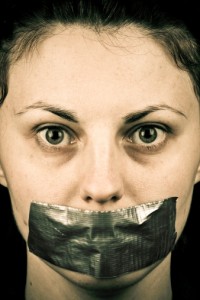 HuffPost AOL News is reporting that Jesse Lee has been appointed Director of Progressive Media & Online Response, a position which will require him to coordinate a rapid response to unfavorable stories about the president and to foster and improve relations within the progressive on-line community. In the past, such action was usually taken by the Democratic National Committee or administration officials. The creation of a new position signals an intention by the White House to be more aggressive about defending the president and his policies as his re-election campaign gears up. "This week, Jesse Lee will move from the new media department into a role in the communications department as Director of Progressive Media & Online Response," read an internal memo from Communications Director Dan Pfeiffer, provided to The Huffington Post. "For the last two years, Jesse has often worn two hats working in new media and serving as the White House's liaison with the progressive media and online community. Starting this week, Jesse will take on the second role full time working on outreach, strategy and response." The Post reports that instead of managing the administration's web presence, Lee will be pressing to make the administration more popular on the web. Exactly what that means is yet to be seen. However, if Lee's first tweet on the new job is any indication of where he's headed, this could be trouble. He wrote, "Okay, turning on the White House twitter machine that they issued me in 3 . . . 2 . . . 1 . . ." and sent it along with a picture of the Terminator. The announcement isn't going over well, even on the far-left Huffington Post website. "I would be the first one to want this if someone was out and out lying about me online," said a commenter named Ron Bananas. "But is doesn't say lying, it says 'unfavorab¬le' and that is way too creepy people. If this is true, then we should all be very afraid." © All Rights Reserved, Living His Life Abundantly®/Women of Grace®  http://www.womenofgrace.com