Commentary by Susan Brinkmann, OCDS Staff Journalit Time Magazine celebrates just how out-of-touch it is with the American public by publishing a bizarre list of the top 10 best mothers in popular culture, which includes the imaginary Mother Earth goddess known as Gaia and Marge Simpson but neglects to include the "glory of Jerusalem" and the "highest honor of our race" - the Blessed Virgin Mary. 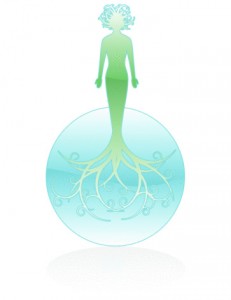 Their idea of the top 10 mothers includes characters such as Dumbo's Mom and Gaia, both of whom beat out Jochabed who was the Mother of Moses who came in at number five. Whistler's Mother and Marge Simpson followed close behind. Newsbuster's Tim Graham called the list "bizarre" and wondered why they would inlcude an adulteress (Hester Prynne) on a list while neglecting popular icons such as Mrs. Cleaver (Leave it to Beaver) or Mrs. Huxtable (The Cosby Show). "Mary, the Mother of Jesus? No spot," Graham writes. He goes on to note the glowing tribute Times' writer Caryn Brooks gave to Gaia - who came in at number three: "Greek gods and goddesses have their own set of morals that have nothing to do with how things roll in the world of mere mortals. So don't hold it against Gaia that she married her son Uranus (look it up, it's real), and had him later castrated — that's just how the Greek deities did their thing. What is important here is that Gaia, also known in English as Mother Earth, is responsible for the things we love on this planet. Things like: the oceans, the skies, the fields, the plains. Respect Mother Earth and you respect yourself. " Brooks devotes an equally gushing tribute to Hester Prynne, the single-mother adulteress of The Scarlet Letter, who made number eight on the list: "Like so many other single mothers before and since, Hester supports herself, resists community officials' attempts to take Pearl away and, most importantly, teaches her daughter that no amount of public shame can diminish what is inside you. 'This badge hath taught me — it daily teaches me —it is teaching me at this moment — whereof my child may be the wiser and the better,' Hester says. Little do they know that Hester is really teaching her daughter about pride rather than their imposed lesson on shame, and for that, she wins stealthy great mom honors." Time also devoted it's Earth Day issue to celebrating the top 10 earth goddesses such as Isis, Gaia, Artemis, Danu, and Nu Gua. © All Rights Reserved, Living His Life Abundantly®/Women of Grace®  http://www.womenofgrace.com