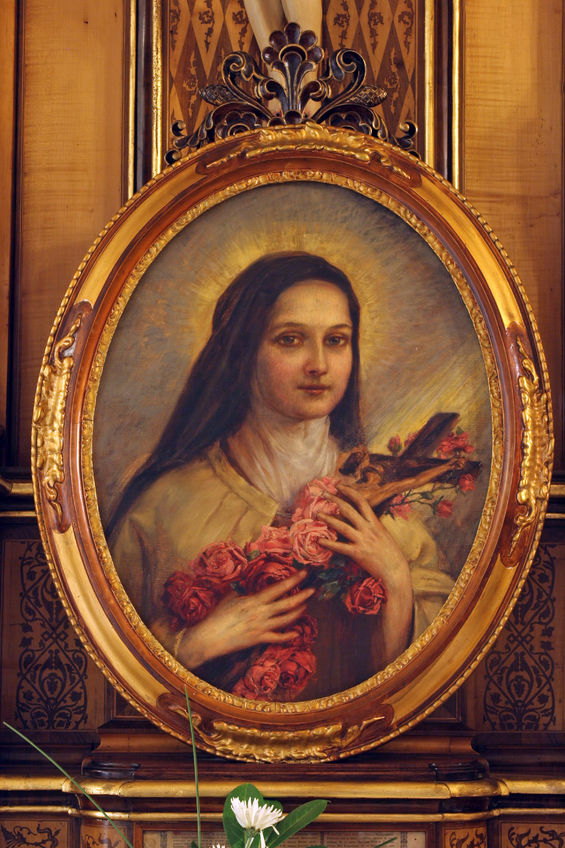 “O Jesus, my Love, my Life … I would like to travel over the whole earth to preach Your Name and to plant Your glorious Cross on infidel soil. But O my Beloved, one mission alone would not be sufficient for me. I would want to preach the Gospel on all five continents simultaneously and even to the most remote isles. I would be a missionary, not for a few years only but from the beginning of creation until the consummation of the ages.” (Story of a Soul)

Many aspects of the life of Saint Therese, the Little Flower of Jesus (1873-1897), have become familiar as her story has been told and retold.

We recall her strongly devout Catholic family, which gave all five Martin daughters into religious life; her urgent desire to enter the Carmelite Order at the uncommonly young age of 15; her untimely death from tuberculosis at age 24; and the widespread popularity of her autobiography, Story of a Soul.

One fact that is not so widely known about Saint Therese, however, is that she had a burning desire to be a missionary.

The fact that God does not always choose the path for us that we would choose for ourselves appears evident in the brief, secluded life of this saintly would-be missionary. A look at some lesser-known elements of the Little Flower’s story may shed some light on the subject, however. Perhaps Therese was able to achieve her dream of becoming a missionary after all.

Therese’s intense love for God and missionary desire to spread that love were evident early in her life, deepening and evolving once she entered the cloister. She soon learned, though, that her longing to carry God’s word great distances – to the Carmelite convent in Hanoi, Vietnam, for example – would not be possible due to her failing health. She came to understand that prayer and sacrifice born of that burning love that forms the heart of the Church must be the vehicles for her missionary journey to save souls.

Therese demonstrated her apostolic fervor by her spiritual support of two missionary priests – Father Maurice Belliere, serving in Africa, and Father Adolphe Roulland, laboring in China. She corresponded with them as time and health permitted, encouraging them and supporting their foreign apostolate through countless prayers and sacrifices. She accepted that commitment on behalf of her “spiritual brothers” enthusiastically, finding in it a worthy outlet for her missionary spirit.

A quote from Saint John Paul II on an auspicious occasion highlights that spirit: “Therese Martin, a discalced Carmelite of Lisieux, ardently desired to be a missionary. She was one, to the point that she could be proclaimed patroness of the missions. Jesus Himself showed her how she could live this vocation: by fully practicing the commandment of love, she would be immersed in the very heart of the Church’s mission, supporting those who proclaim the Gospel with the mysterious power of prayer and Communion.”

Fittingly enough, that proclamation, elevating Saint Therese to the supreme honor of Doctor of the Church, was announced on World Mission Sunday, 1997. Standing before the altar in Saint Peter’s Square was the reliquary made accessible to the world shortly thereafter. That precious container, holding relics of Therese’s mortal remains, has traveled widely during the ensuing years, affording countless souls across the globe a brief moment in time with this most unlikely of missionaries. In recent years, the reliquary has also included the remains of the parents of Therese, Saints Louis and Zelie Martin.

The missionary character of Therese’s spirituality is evident also in the numerous religious orders that sprang up worldwide through her example, and in the many patronages entrusted to her care, such as aviators, flight crews, and countless dioceses around the globe. The seeming contradictions to her earthly life are obvious.

Even more remarkable is the title bestowed on her by Pope Pius XI in 1927 – “Principal Patroness of all Missionaries, and of all missions existing throughout the world, the equal of Saint Francis Xavier.”

The Little Flower of Carmel, a cloistered religious whose life lasted a mere 24 sheltered years, became co-patroness with the great Jesuit whose fiery zeal for the Gospel transported him to the distant, mysterious lands of the Orient. One saint was a missionary in the traditional, physical sense; the other, purely in the spiritual.

As Therese advanced in union with God, she came to understand that symbolic, mystical nature of her missionary calling. She became an example of the efficacy and power of prayer and sacrifice – saving souls and bringing others to Christ, not by great deeds or far-flung foreign travels, but in the quiet seclusion of the hidden life.

The earthly aspect of Therese’s missionary calling ended with her death on September 30, 1897, but she quickly put to use her ability to transcend earthbound limitations with the limitless possibilities of the miraculous. Numerous miracles rapidly attributed to her intercession proved that she lost no time fulfilling her eternal mission – to spend her heaven showering roses on earth.

That, combined with the world-wide publication of her autobiography, hastened her canonization and gave rise to a tremendous surge of devotion that has crossed religious and cultural boundaries.

The challenge presented by this truly atypical missionary is clear: homebound or active in the outside world, ailing or in robust health, each of us can share in the great vocation so close to the heart of the Little Flower of Lisieux, the loving heart of a missionary for Christ.