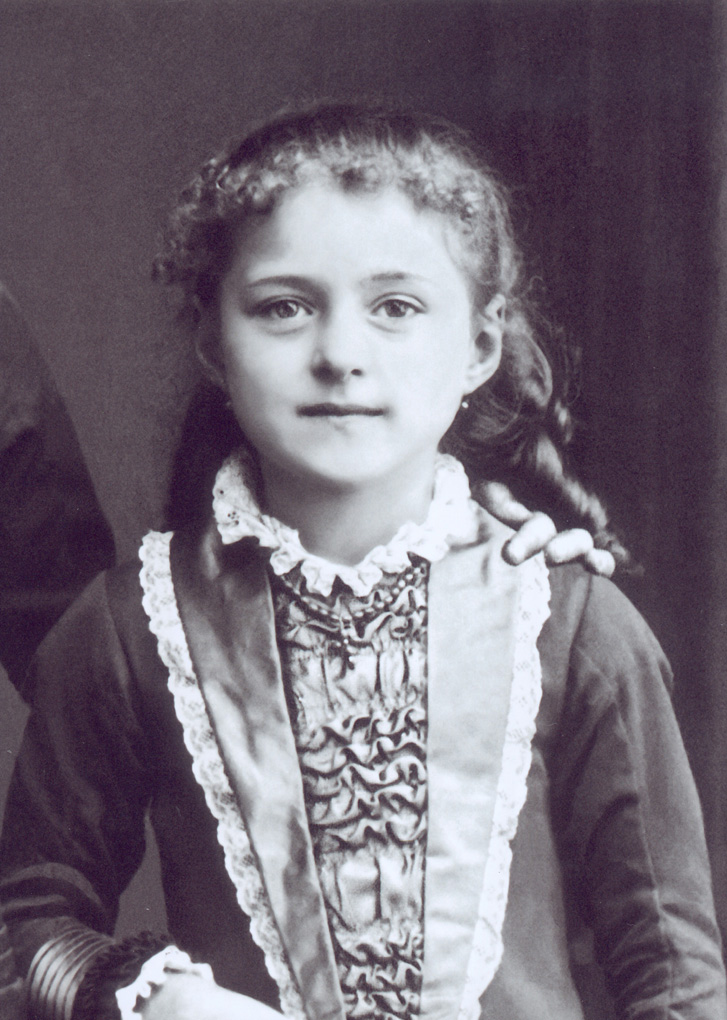 St. Therese at the age of 8

The glorious Therese of Lisieux is known as the patron saint of missionaries, priests, florists and pilots, but because of her own sad experiences in the schoolyard at the Abbey in Lisieux, she richly deserves another title - Patron Saint of the Bullied.

Therese was only eight years old in the year 1881 when she was enrolled in the Benedictine Abbey of Notre Dame du Pré, a religious community of women which operated a boarding school for girls at Lisieux. In the French school system, children are not placed in class according to age, but according to their level of knowledge which is determined by an entrance exam. Therese, having been taught very well by her older sisters, ended up in a class with girls as old as 14.

Before this time, Therese led an extremely sheltered life. Except for occasional vacations, the family ventured out of the home only for brief errands and visits. Therefore, entrance into the Abbey school would be her first experience of spending whole days in the company of children who came from the surrounding town and countryside and were not necessarily as refined as the Martin family.

“For the first time she became acquainted with boisterous rudeness and naughtiness,” writes the author Ida F. Goerres in The Hidden Face. “Never in her life had she seen bad manners, never heard vulgar expressions…never witnessed an uncontrolled outburst of anger, never heard nasty talk about others, never heard an impertinent reply.”

Needless to say, the delicate Little Flower of Lisieux was shocked by the misbehavior she saw every day, how the children carried on whenever the teacher left the room and how aloofly they broke the rules. Being so shy only added to her discomfort and made it all the more difficult for the new girl to fit into a class full of older girls. She was not only the youngest among them, but she was very intelligent, well-behaved, and courteous, which quickly made her the “teacher’s pet.” In fact, the head of the school referred to her as “his little doctor” because of her intelligent questions and answers.

Naturally, this treatment only added envy to the growing list of grievances the girls developed toward this polished young newcomer. Therese became the target of the oldest girl in the class, a fourteen-year-old who led the charge against her, orchestrating what Goerres refers to as a “little campaign of torments” - excluding her, laughing at her - in which many of the other girls participated but the teachers knew nothing about.

“Thus, this ugly duckling in the henyard was thoroughly pecked at and plucked,” Goerres writes. “The other children were not necessarily particularly ill-willed. But anyone who has been in a boarding school knows how ingeniously cruel girls of this age can be toward one another…[W[ith feminine keenness they discover all the weak spots in their victim, and stab away at these weak spots with a good pretense of innocence.”

As a result, the darling little girl who was referred to at home as her father’s “little queen” became the outcast and the unwelcomed, a position she was thoroughly ill-equipped to handle. Not long after her entrance into the school, she began to suffer constant headaches. 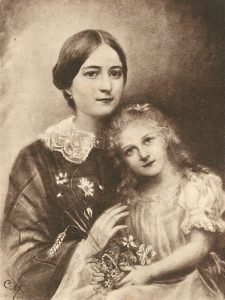 Therese in the arms of her mother, St. Zelie Guerin Martin

“Therese, who has hitherto experienced nothing but fairness, kindness and candor, was utterly baffled and helpless in the face of such behavior. She had never learned to practice caution or to be mistrustrful, never learned to defend herself. Now she saw herself betrayed on all sides, found herself deeply and incomprehensibly wounded anew every day,” Goerres writes.

Her sufferings only intensified in the schoolyard where she was left out of the girls’ rough games. No one wanted her on their team. “I did not know how to play like the other children, and I was not much fun for them, but I did do my best to join in, even though it was never any good,” the Saint sadly admits in her autobiography.

“Something like a veil spread over all her rich gifts from God,” wrote her sister Celine about this trying time in her little sister’s life. “The reason she was so overlooked was her great shyness, which made her irresolute and paralyzed her in everything she attempted. In fact she constantly called forth unfavorable judgments because she said almost nothing and always let others speak.”

“Thus Therese was lonely, plunged into that bitter and humiliating loneliness which is not self-elected, but imposed by others,” Goerres writes.

This painful period lasted two full years. Her only escape was found while waiting for her father to come for her at the end of each day when she would slip into the church and sit with her “only friend” - Jesus in the Tabernacle. Every night her wounded heart would be soothed by the family’s praise of “good marks” in school and showered her with the love and affection she never received at school.

Significantly, her father and siblings knew little about these hardships. Just as she had done at the age of four when her mother died, Therese said very little about what was going on inside her. The family only learned the full extent of the sufferings she endured during this period in her life when they read her autobiographical notes years later.

Even today, we tend to see only the lovely side of the life of the Little Flower of Lisieux, the flowery piety and Victorian niceness of her day. It’s hard to even imagine her suffering the heartbreaking scourge of bullying, but that she did, and for almost two years!

Because of the attention society has brought upon the problem of bullying, we now know that Therese suffered the classic symptoms of the bullied, particularly in the constant headaches she experienced and keeping the nasty details of the abuse to herself. The bullied frequently suffer in silence because they fear being a tattletale or are simply too ashamed to admit how they are being treated. https://www.stopbullying.gov/bullying/warning-signs

The good news is that we have an intercessor in heaven to help those of any age who suffer from bullying. Even though it’s not an official title, anyone who is experiencing alienation or mockery from others, including those of us who are being marginalized for our faith, can turn to the little Saint of Lisieux who understands this deep personal pain only too well.

As we prepare for her feast day on October 1, let’s turn to her in prayer for all those who are being bullied.

Dearest St. Therese, you who once knew the cruelty of bullying, come to the aid of all those people who are enduring any kind of bullying – physically or emotionally - in our world today. Pray for them that God will give them the grace to know how undeserving they are of this treatment, and how beautiful they will always be in the eyes of their Creator. Like you once took shelter beside Jesus in the tabernacle, pray that they may take shelter in the arms of God where they can find healing for their wounds, the courage to reach out for help, and the grace they need to forgive their persecutors. We ask all this in the glorious name of Jesus Christ, our Lord and Savior. Amen.

Learn to live the Little Way every day of the year! My new book, Day by Day in the Little Way: 365 Reflections on the Teachings of St. Therese of Lisieux is the first daily devotional of its kind! Click here for more information.