By Susan Brinkmann, OCDS Staff Journalist As the nation grows increasingly horrified by the blatant improprieties being shown on prime time television these days, the Supreme Court is about to hear arguments in what many are calling the most important case concerning broadcast indecency in 40 years. 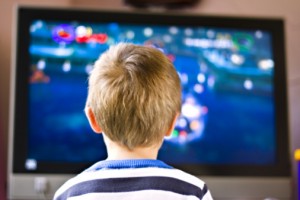 Examiner.com is reporting that the case, FCC v. Fox Television Networks, is challenging a rule that prohibits television networks from using obscene language during hours when children are watching. The Federal Communications Commission (FCC) previously ruled in favor of banning the language, which includes the F-word during prime time, but Fox is challenging it as a threat to the First Amendment right to free speech. The Parents Television Council (PTC) filed an amicus brief in the case urging the Court to affirm the FCC's authority to fine broadcasters for airing indecent material such as indecent language, nudity, and sexual depictions. “Despite cries of a ‘chilling effect’ and ‘censorship’ from the industry and their agents, the FCC’s broadcast decency enforcement regime does not affect whether the TV networks can broadcast indecent material; it only affects when they can do so," says PTC president Tim Winter.  “If broadcasters are truly unable to refrain from airing indecent material when children are most likely to be watching television, they simply do not deserve a broadcast license. For live broadcasts, a several-second delay is an easy and reasonable precaution." PTC research showed a 69.3 percent increase in profanity on prime-time broadcast programming between 2005 and 2010, the biggest gains involving four letter words starting with ‘f’ and ‘s.’ Morality in Media (MIM), which has been fighting broadcast indecency for nearly 50 years, also filed an amicus brief in the case and says Fox and other TV networks claim the FCC's rules are too vague and want the Commission to define indecency with a "god-like precision" that is impossible. Former MIM president Robert Peters says "the problem is not that TV networks can no longer understand what indecency is.  Rather, the problem is that networks long ago stopped caring about these standards.  The networks are pushing the moral envelope, even broadcasting a show in which a woman is shown naked in front of a child during prime-time hours. They are getting away with it and must be stopped!"           The Family Research Council has also weighed in on the case. "The Court has a societal interest in protecting our children from indecent material," says FRC president Tony Perkins. "It is first and foremost a parent's responsibility to protect their children from indecency, but how can they protect their children if the public airwaves are inundating them with profanity and unacceptable sexual content? "The public airways are just that - public. The networks using them have a moral duty to the American public to responsibly provide content that is acceptable for all viewers. This is not a heavy burden for those whose television and radio licenses provide them with substantial profits. There is plenty of room within the FCC's indecency guidelines to provide excellent entertainment and meaningful art," concluded Perkins. Arguments are expected to be heard this winter with a decision coming sometime during the spring of 2012. © All Rights Reserved, Living His Life Abundantly®/Women of Grace®  http://www.womenofgrace.com