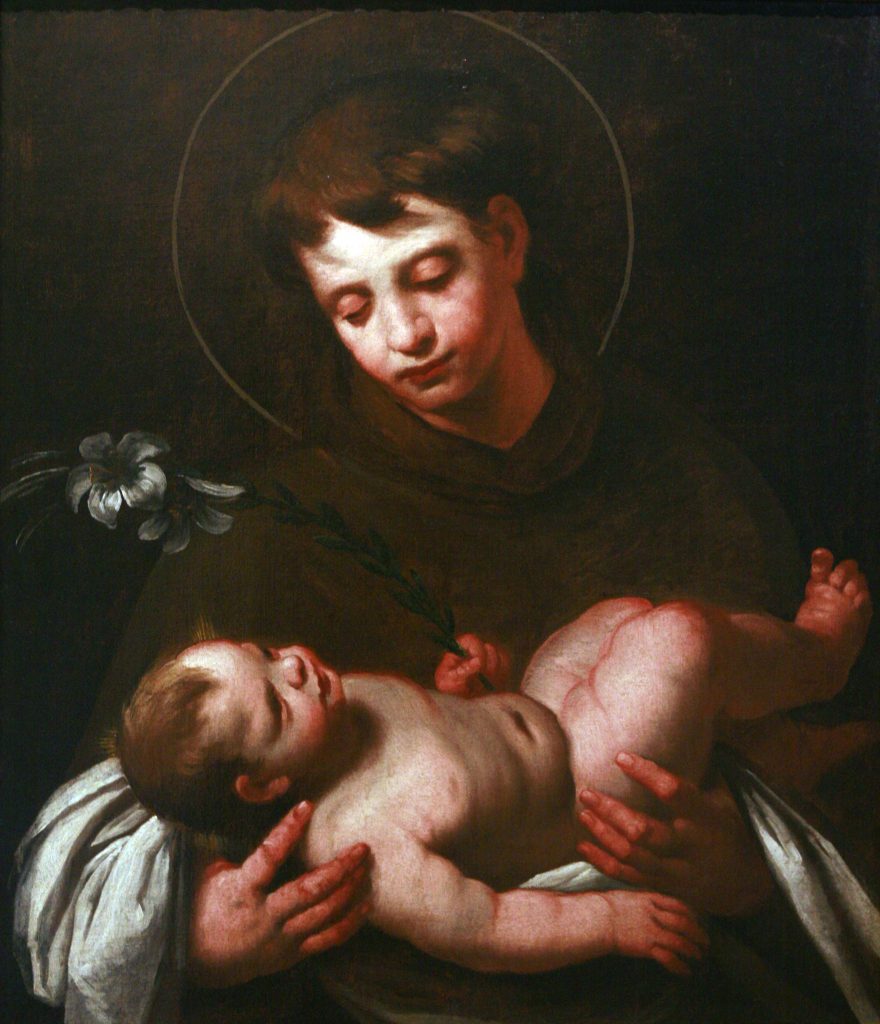 “All Scripture is inspired by God and is useful for teaching, for refutation, for correction, and for training in righteousness, so that one who belongs to God may be competent, equipped for every good work” (2 Tim 3:16-17).

Delving into the life of Saint Anthony of Padua (1195-1231), we discern quite quickly that he not only took these words of Saint Paul to heart, but also personified them while living out his vocation as a Franciscan friar. The seeds of his blossoming into a renowned Scripture scholar and preacher were sown, however, during his early years of study as a member of the Augustinian Order in Portugal, the country of his birth.

In time, Saint Anthony requested a change to the newly-established Franciscan Order in the hope that he would be sent to Morocco to preach the Gospel and perhaps even earn a martyr’s crown. God had other plans for him, though, and his life as an early follower of Saint Francis of Assisi took on quite a different purpose, beginning in Italy. It was there that Saint Anthony’s renown as a preacher and teacher was born.

So impressive was Saint Anthony’s grounding in Sacred Scripture that Saint Francis himself, wary as he was of acquiring knowledge to the detriment of piety, nonetheless gave written permission for Anthony to teach theology to his Friars “… so long as in the study of this you do not extinguish the spirit of prayer and devotion, just as is contained in the Rule.” Saint Anthony’s humility and personal holiness ensured that this condition was met fully and with no difficulty, and the first Franciscan school of theology was established under his tutelage.

Saint Anthony’s reputation as a Scripture scholar and inspiring preacher spread rapidly, so much so that, shortly after being elected Pope Gregory IX invited him to preach to the Roman Curia. The Holy Father was greatly impressed with Saint Anthony’s prodigious memory and knowledge of Sacred Scripture and oratorical skill, bestowing on him the title “Ark of the Testament.” The Holy Father would refer to Anthony by this title again upon canonizing him not many years later.

“Ark of the Testament” was not the only title which Saint Anthony received during his lifetime. As “Hammer of Heretics,” he preached passionately and convincingly, with Sacred Scripture as his basis, in opposition to the heresies being bandied about at the time. A legend which is still related today suggests that in one location, when his efforts to refute the heretical teachings there fell on deaf ears, Saint Anthony took himself to a nearby river and preached to the fish, which congregated at water’s edge to listen with rapt attention.

Saint Anthony died on June 13, 1231, at age 36. Many miracles were attributed to him, both during his brief lifetime and following his death. He was canonized less than a year later, on May 30, 1232, a record which still holds today.

Saint Anthony left behind a wealth of Biblical insights in his comprehensive collection of teachings expounding on the liturgical readings of the time: Sunday Sermons, Marian Sermons, and Festival Sermons. These remain easily accessible for our edification today.

Moving down the centuries, in 1946, Venerable Pope Pius XII added Saint Anthony’s name to the illustrious list of Doctors of the Church. This honor is reserved for those who defend and propagate the Catholic faith by their body of work – teaching, preaching, and writing. On that occasion, the Holy Father added yet another title in Saint Anthony’s honor, that of “Evangelical Doctor.”

In a 2010 papal audience, Pope Benedict XVI referred to this attribution: “The richness of spiritual teaching contained in [Saint Anthony’s] ‘Sermons’ was so great that in 1946 Venerable Pope Pius XII proclaimed Anthony a Doctor of the Church, attributing to him the title ‘Doctor Evangelicus’ since the freshness and beauty of the Gospel emerge from these writings. We can still read them today with great spiritual profit.”

Like many other events in recent months, the outdoor Italian festival our family has attended for many years to commemorate Saint Anthony’s feast day has been canceled. Yet those of us who love the gentle saint of the golden tongue can celebrate a personal festival for him in our own hearts, perhaps beginning by reciting this prayer:

O gentle and loving Saint Anthony, whose passion for the Word of God revealed in Sacred Scripture knew no bounds, hear us who turn to you. Give us a true love for God’s inspired Word, and help us to honor your memory by spreading the Good News of His enduring love, with courage and constancy, by word and example, in the witness of our daily lives. We ask this in the name of the One you loved above all others, Our Lord Jesus Christ. Amen.