By Susan Brinkmann, OCDS Staff Journalist In his message for the 45th World Day of Social Communications, Pope Benedict XVI is calling upon Catholic users of Facebook, Twitter, Youtube and bloggers to adopt a "Christian style presence" online that is responsible, honest and discreet. 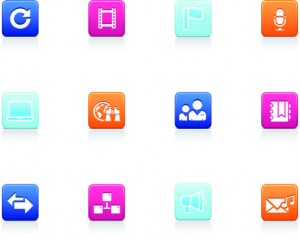 Spero News is reporting that in the message, entitled "Truth, Proclamation and Authenticity of Life in the Digital Age," Pope Benedict reminds Catholic users that online social media is about more than just "hits." "We must be aware that the truth which we long to share does not derive its worth from its 'popularity' or from the amount of attention it receives. The proclamation of the Gospel requires a communication which is at once respectful and sensitive." The Pope's message praises new technologies and the many new ways that it is enabling people to communicate, but also warns of the risks and potential dangers. "Who is my 'neighbor' in this new world? Does the danger exist that we may be less present to those whom we encounter in our everyday life? Is there is a risk of being more distracted because our attention is fragmented and absorbed in a world 'other' than the one in which we live? Do we have time to reflect critically on our choices and to foster human relationships which are truly deep and lasting? It is important always to remember that virtual contact cannot and must not take the place of direct human contact with people at every level of our lives." The Pope goes on to say that even in the digital world, Christians need to practice what they preach. " . . . (T)here is a Christian presence even in the digital world. To proclaim the Gospel through the new media means not only to insert expressly religious content into different media platforms, but also to witness consistently, in one's own digital profile and in the way one communicates choices, preferences and judgments that are fully consistent with the Gospel, even when it is not spoken of specifically. Furthermore, it is also true in the digital world that a message cannot be proclaimed without a consistent witness on the part of the one who proclaims it." He concludes the message by saying that the truth of the Gospel is not something to be consumed or used superficially, but is a gift that calls for a free response. "Even when it is proclaimed in the virtual space of the web, the Gospel demands to be incarnated in the real world and linked to the real faces of our brothers and sisters, those with whom we share our daily lives.... Also in this area we are called to announce our faith that Christ is God, the Savior of man and of history.... In the final analysis, the truth of Christ is the full and authentic response to that human desire for relationship, communion and meaning which is reflected in the immense popularity of social networks." According to the Associated Press, Archbishop Claudio Celli, president of the Pontifical Council for Social Communication, confirmed that his department is working on a set of guidelines with recommendations for appropriate style and behavior for Catholics online. "I don't love such things, but I think we can define some points of reference for behavior," he said, adding that he hoped the document would be completed as soon as possible. He also said the Holy See is working on a new multimedia portal that would be the point of reference for the whole Vatican that he hoped would be operational by Easter. It would start out in English and Italian, with other languages added later. "Celli acknowledged that the pope's annual message — which is full of technical jargon — is not his alone," the AP reports. "Celli's office prepares a draft and the pope then makes changes. Celli said he didn't know if Benedict had ever been on Facebook, but said he expected one of his aides had probably shown him around." © All Rights Reserved, Living His Life Abundantly®/Women of Grace®  http://www.womenofgrace.com