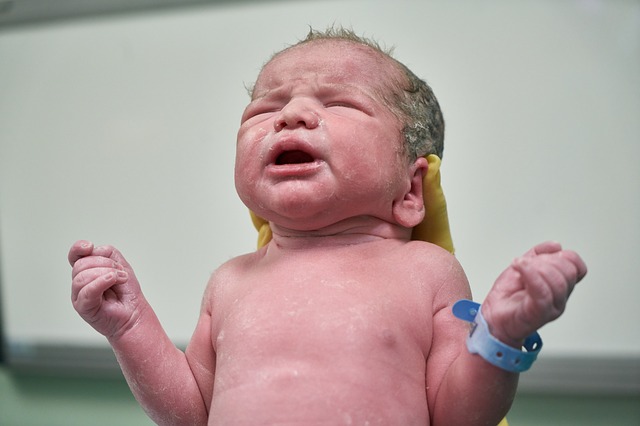 The entire nation is talking about an interview involving Virginia Governor and pediatrician, Ralph Northam, who calmly explained how a proposed new abortion law in the state would allow a baby to be killed after birth if the family decided not to keep the child.

CNSNews.com is reporting on the exchange which took place on WTOP radio following the introduction of the controversial Repeal Act proposed by Virginia Delegate Kathy Tran (D) that would allow abortion up to the moment of birth. Although the bill was ultimately defeated, it revealed to the nation the heartless depravity being pushed on a mostly unsuspecting population by a handful of radical feminist legislators who refuse to recognize the humanity of the unborn.

During the interview, when asked about Tran’s proposal, the governor explained: “There are, you know, when we talk about third trimester abortions, these are done with the consent of, obviously, the mother, with the consent of the physicians – more than one physician, by the way – and it’s done in cases where there may be severe deformities, there may be a fetus that’s non-viable.

In other words, if the family decided not to keep the child, it would be left to die.

He was then asked about the national outrage that ensued after a video of Tran’s testimony in support of the bill went viral on social media.

Northam said the reaction was “really blown out of proportion” then quickly changed the subject to the typical talking points about how these decisions should be left up to mothers and their providers without government intrusion.

From there, he went for the emotion-triggers, the kind used to manipulate women into believing these barbaric policies are somehow protecting their autonomy.

“We want the decision to be made by the mothers and their providers, and this is why, Julie, that legislators, most of whom are men, by the way, shouldn’t be telling a woman what she should and shouldn’t be doing with her body.”

Pro-life leaders reacted vigorously to this exchange and the cold-blooded murder that it was attempting to pass off as a “woman’s choice.”

Dave Andrusco of National Right to Life writes: “The bill is aptly called the Repeal Act because not only does it repeal any and all limitations on abortions in Virginia, but also because it repeals commonsense, mercy, and compassion.”

His disgust is shared by SBA List president Marjorie Dannenfelser who writes: “Following on the heels of New York’s radical expansion of abortion on demand, Delegate Tran’s bill reveals with alarming clarity what the modern Democratic Party stands for and their agenda for our nation – abortion on demand, up until the moment of delivery and even beyond. This position is irreconcilable with the beliefs, values, and desires of the overwhelming majority of Americans.”

She’s right. The most recent polls show that two-thirds of Americans want abortion restricted to the first three months of pregnancy. This number includes 61 percent of Americans who identify as pro-choice. Even though the Democratic party has adopted these extreme abortion policies into their platform, they do so at the expense of the  majority (59%) of registered Democrats who want abortion restrictions.

Dannenfelser points out the one bright note in this story – the publicity that shone a bright light upon the brutal facts most abortion extremists try to keep hidden in the dark. If anything, Governor Northam and Kathy Tran just added several percentage points to the number of Americans who oppose their radical policies.

“SBA List is ready to do battle in Virginia and other key states to expose and defeat abortion extremists,” Dannenfelser warns. “To echo the words of the famous abolitionist leader William Wilberforce, we can never again say we did not know.”