Commentary by Susan Brinkmann, OCDS Staff Journalist The Obama administration has decided to rescind most of the regulations put in place by President George W. Bush to protect health care workers who refuse to provide services they find objectionable on personal and religious grounds. 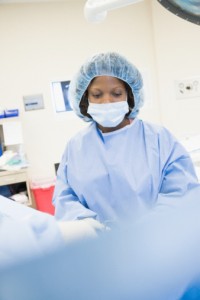 The administration appears to have caved to political pressure from abortion activists and family planning proponents by eliminating almost the entire rule put into effect by President Bush during his final days in office. The Bush regulations gave health care workers, including pharmacists, the opportunity to opt out of a broad range of medical services that they deem offensive.  President Bush enacted the new rules in response to an increasing number of cases where health care workers and pharmacists were being fired, penalized or disciplined for refusing to provide services that went against their moral beliefs. The Bush regulations also stepped up enforcement of existing conscience protection laws that call for cutting off federal funds to any entity that refused to accommodate the conscience rights of its workers.  However, the Health and Human Services Department, run by the pro-abortion Secretary Kathleen Sebelius, decided the Bush-era rules were "unclear and potentially overbroad in scope." Her department decided to let stand only those rules that protect workers from being forced to perform abortions or sterilizations. "The department supports clear and strong conscience protections for health-care providers who are opposed to performing abortions," the rule states. The new regulation, which goes into effect in 30 days, also ensures that no federal money can be used to "support coercive or discriminatory policies or practices in violation of federal law." Women's health advocates, family-planning proponents, abortion rights activists and others condemned the Bush regulations, saying they could be used to deny health care services to rape victims, homosexuals, and single women. However, there has been no evidence to date of any such problems occurring. "The administration has made changes in a vital civil rights regulation without evidence or justification," said Dr. J. Scott Ries, of the Christian Medical Association. "The administration presented no evidence of any problems in healthcare access, prescriptions or procedures that have occurred in the two years since the original regulation's enactment that would justify any change in this protective regulation." For example, the administration contends that a rule change is necessary to protect access to contraception, but absolutely no evidence is presented to justify any such concern, Dr. Ries said. "In the process, the administration blatantly ignores the scientific evidence that certain controversial prescriptions that abortion advocates promote as contraception are actually potential abortifacients, ending the life of a living, developing human embryo. This is a critical concern for pro-life patients, healthcare professionals and institutions." Dr. Ries added, "The Obama administration's regulatory action today diminishes the civil rights that protect conscientious physicians and other healthcare professionals against discrimination." The U.S. bishops also expressed disappointment in the decision. "It is very disappointing that the Administration has chosen to eliminate much of the existing regulation on conscience issued in December 2008," said Deirdre McQuade of the Pro-Life Secretariat of the United States Conference of Catholic Bishops (USCCB). "Among other things, the final rule issued today eliminates important clarifications that would have helped in interpreting and enforcing longstanding federal statutes protecting the conscience rights of health care providers. It also eliminates a regulatory requirement that recipients of federal funds certify compliance with those statutes." However, she does see a glimmer of hope in the Administration's announcement that it will work to increase awareness of existing conscience statutes.   "The Administration's action today is cause for disappointment, but also offers reasons for hope regarding an emerging consensus in Washington on the need for clear conscience protections for health care providers," said McQuade. "However, it is welcome news that the Administration says it will take initiative to increase awareness of the conscience statutes, work to ensure compliance with them, and require that government grants make clear that compliance is required. We look forward to working with the Administration and Congress to ensure that these endeavors are carried out, so providers receive the full conscience protection they are due." She went on to call for the Administration to put its full support behind congressional efforts to clarify conscience protections and make them more secure, by endorsing initiatives as the Protect Life Act (H.R. 358), the No Taxpayer Funding for Abortion Act (H.R. 3), and the Abortion Non-Discrimination Act (H.R. 361). © All Rights Reserved, Living His Life Abundantly®/Women of Grace®  http://www.womenofgrace.com