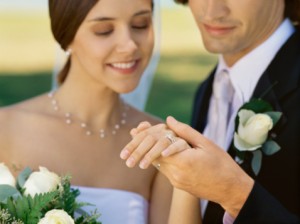 The article entitled "Married, With Infidelities" praises Savage for inveighing against the American obsession with strict fidelity, something he'd like to see replaced with what might be called the "American Gay Male" concept which tolerates multiple-partner relationships as well as a wide variety of fetishes. "Savage believes monogamy is right for many couples. But he believes that our discourse about it, and about sexuality more generally, is dishonest," writes NYT author Mark Oppenheimer. "Some people need more than one partner, he writes, just as some people need flirting, others need to be whipped, others need lovers of both sexes. We can’t help our urges, and we should not lie to our partners about them. In some marriages, talking honestly about our needs will forestall or obviate affairs; in other marriages, the conversation may lead to an affair, but with permission. In both cases, honesty is the best policy." Savage is married to partner Terry Miller, with whom he adopted a son, and says the two of them practice "monogamish" but allow occasional infidelities - which they are both very honest about. He goes on to say that it's far more important to be honest in a marriage than to be faithful and thinks the "straight community" needs a more flexible attitude about marital relationships. “I acknowledge the advantages of monogamy when it comes to sexual safety, infections, emotional safety, paternity assurances," Savage told the NYT. "But people in monogamous relationships have to be willing to meet me a quarter of the way and acknowledge the drawbacks of monogamy around boredom, despair, lack of variety, sexual death and being taken for granted.” In the end, Savage believes staying faithful "destroys more families than it saves." The article also calls in other experts who agree with Savage, such as Judith Stacey, a New York University sociologist who researched gay men’s romantic arrangements for her book Unhitched. Stacey claims that it's neither monogamy nor polygamy that is humankind's sole natural state. “One size never fits all, and it isn’t just dividing between men and women and gay and straight,” Stacy said. “Monoga¬my is not natural, nonmonogamy is not natural. Variation is what’s natural.” When asked if she thought Savage's ideas were unrealistic for straight couples, she said it was both yes and no. “I believe monogamy is actually crucial for some couples and totally irrelevant for others."  But this doesn't mean non-monogamous couples can do whatever they please. Not all  good relationships require monogamy, but they all require what she calls integrity. “What integrity means for me is we shouldn’t impose a single vow of monogamy as a superior standard for all relationships,” Stacey said. “Intimate partners should decide the vows you want to make. Work out terms of what your commitments are, and be on same page. There are women perfectly happy to have agreements in which when you are out of town you can have a little fling on the side. And rules range from ‘don’t ask, don’t tell’ to ‘I want to know’ to ‘bring it home and talk about it and excite our relationship.’ ” Not surprising to anyone but the New York Times, comments to the article were mostly critical, with some bordering on painful to read. Amy in Connecticut wrote: " I am married and aware that my husband posted on 'men seeking women' on Craigslist from time to time. The pain and humiliation is indescribable - this is not what I signed up for when I married. He gets to fulfill his fantasies and feeds his ego, but there is not a day I don't think about divorcing him for his selfishness. It's complex to leave someone you love for non-monogamy, but in the end this has to be at the heart of a marriage or the bond is broken. I think Dan is off base when it comes to heterosexual marriages - don't marry if you don't intend to be monogamous." MHD from New Jersey, who came from a home where both parents conducted adulterous affairs and ended up divorced, said her decision to marry a man who also came from a broken family was a long and careful one. " The choice to get married for us- a long and careful decision- did not come solely from the love we had for each other but rather from a belief that marriage is a God ordained institution meant to make us better. Our belief in the sacredness of the institution gave us hope that with valiant effort and help from above we could grow in love and commitment to each other over the years. We believed that marriage and family were something greater than us that we could not do well without the help of God." However, I found fault with the purely carnal nature of Savage's arguments, which were totally devoid of any mention of the value of the intimacy and bonding that takes place in a committed and faithful union. Perhaps this is because I was raised in the Church and believe in a much higher standard of love and marriage. As the Catechism teaches, marriage was instituted by God and was meant to a faithful, exclusive, lifelong union of a man and a woman joined in an intimate community of life and love. "They commit themselves completely to each other and to the wondrous responsibility of bringing children into the world and caring for them. The call to marriage is woven deeply into the human spirit. Man and woman are equal. However, as created, they are different from but made for each other. This complementarity, including sexual difference, draws them together in a mutually loving union that should be always open to the procreation of children (Catechism Nos. 1602-1605). It seems almost impossible that anyone would exchange this deeper and more fulfilling embrace of the institution of marriage for the emotionally bankrupt and pure pleasure-seeking version being touted by Savage.  © All Rights Reserved, Living His Life Abundantly®/Women of Grace®  http://www.womenofgrace.com