By Susan Brinkmann, OCDS Staff Journalist The Democratic Party of the state of New Hampshire is being accused of "religious intolerance" after its spokeswoman publicly accused a Republican state representative of trying to impose a "Bible belt social agenda" on the state. 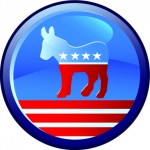 The New Hampshire Journal is reporting that the feud broke out yesterday when Harrell Kirstien,  press secretary for the New Hampshire Democratic Party (NHDP) criticized state representative David Bates after a video surfaced of Bates addressing the New England Solemn Assembly in Plymouth a few months ago. In the speech, Bates told the congregation that "the only hope for America” is to “turn from our wicked ways and ask God to heal our land” and “the problem we have here in this country and in all of our states is that we no longer fear God.” Kirstien responded by asking, "Why does House Republican leadership appear so intent on forcing their Bible Belt social agenda upon the people of New Hampshire? Radical social conservative have filed countless legislative requests for bills that infringe on equality and individual rights." His comments caused outrage throughout the state's Christian groups. Kevin Smith, head of the pro-family Cornerstone Policy Research organization,  is demanding an apology from the Democratic Party. “The NHDP’s mischaracterization of Representative Bates’ faith are not only rooted in religious bigotry, but represents the height of hypocrisy for a party that supposedly prides itself in being tolerant of other’s beliefs,” Smith said. “The NHDP owes Rep. Bates and the hundreds of thousands of Christians in this state an apology for his truly offensive and ignorant remarks.” He added: “No elected official, whether Republican or Democrat, should have to endure such bigoted remarks from a political party simply because they express their religious faith in a public forum. Mr. Kirstein ought to re-read the first amendment to the US Constitution and realize all people are guaranteed the freedom of religion, whether he agrees with their beliefs or not.” © All Rights Reserved, Living His Life Abundantly®/Women of Grace®  http://www.womenofgrace.com